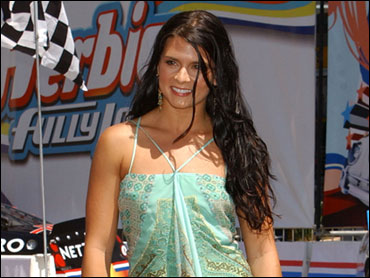 EDMONTON, Alberta (AP) Danica Patrick says the Erin Andrews video is yet another example of a public figure experiencing an invasion of privacy in the Internet age.

"I don't think there's getting away from it right now," the IndyCar driver said in an interview Friday during practice for the Rexall Edmonton Indy. "It's not going to go away any time soon, probably not as long as I'm exposed in public and racing."

"But I would imagine there's going to be a certain point in time where there's probably going to be some sort of rules and enforcement as to the limit and the boundary line for what people are able to do and what they're able to plug into their computer."

Photos: Erin Andrews Naked Peephole Video Scandal
That line was crossed when Andrews, a 31-year-old sideline reporter for ESPN, was recently secretly taped naked in her hotel room and the video was uploaded to the Web. 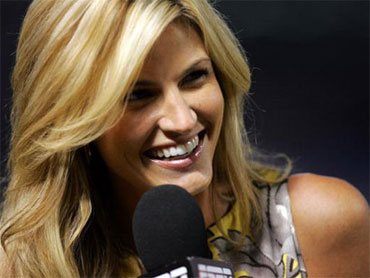 Her attorney, Marshall Grossman, said Andrews plans to seek criminal charges and file civil lawsuits against the person who shot the video and anyone who publishes the material.

The 27-year-old Patrick, a sports sex symbol herself, had her own video moment last season when her trackside shouting match with rival driver Milka Duno was captured.

Patrick apologized a week later, saying she needs to set a better example for her fans.

"We live in a very imperfect world but we are all as celebrities expected to be more perfect than ever, to not make mistakes, to not say the wrong thing, to not do the wrong thing," she said.

Photos: Erin Andrews Naked Peephole Video Scandal
"Anything you do is always criticized and looked at. It's very hypocritical, but you have to learn how to cope with it."