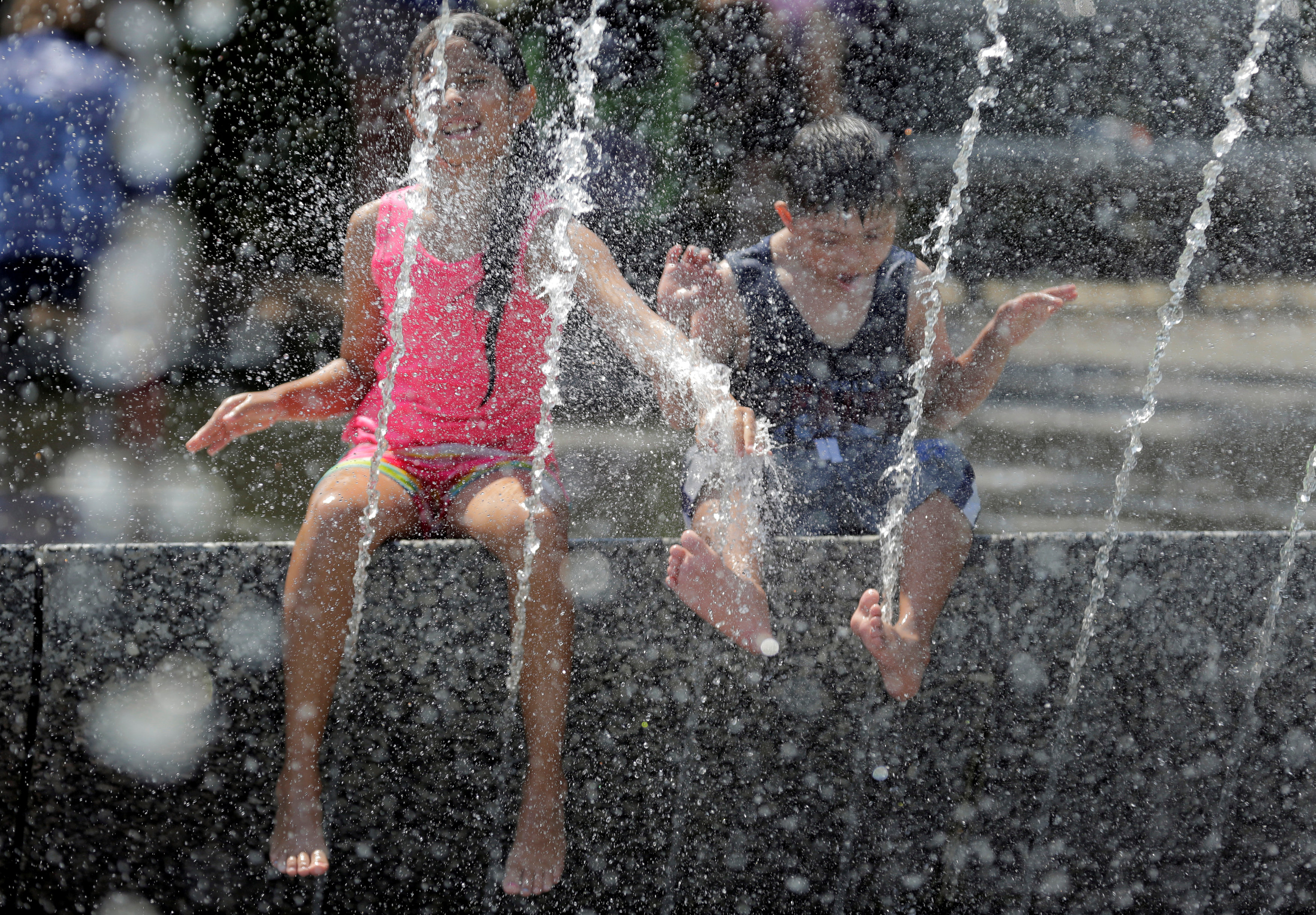 DETROIT -- Americans in 26 states are struggling with heat warnings and advisories as near triple-digit temperatures smother states from New York to California.

A fire chief in suburban Detroit says at least five people have died from the heat this week as high temperatures and humidity cloak Michigan.

Roseville Fire Chief Mike Holland tells The Macomb Daily that five people have died from heart attacks or breathing difficulties, all related to weather over the last few days.

Holland said Friday he's "terribly concerned." He said Roseville will have three ambulances on duty through the weekend.

The heat wave gripping parts of the country including Philadelphia, where tens of thousands are descending upon the city for the Democratic National Convention this week, is not going away anytime soon and will hit a peak Monday with temperatures in the city feeling like 108 degrees.

Excessive heat warnings will continue Monday, the first day of the DNC, in the Philadelphia area, most of the Midwest and regions out west. It's due to a dome of high pressure, meteorologists say, that's affecting most of the United States and contributing to drought conditions in the Northeast and continuing to fuel wildfires in California.

"It's fair to say that the vast majority of the nation has been experiencing above normal temperatures for the past week," said David Robinson, New Jersey state climatologist at Rutgers University.

The dome of high pressure traps hot air and is the basis for the "critical high temperatures" the country has been experiencing the past week, Robinson said, even for being the warmest time of the year.

Thunderstorms are common, as they were in parts of New England over the weekend, but don't help much with drought conditions in the Northeast and out west. Particularly dry weather in areas like Massachusetts and New York have forced farmers to choose which crops they will water and which will just not survive the season.

"The Northeast is a little bit of a mixed bag, but the bottom line is that the conditions have deteriorated over the past several weeks to a couple of months," said Rich Tinker, a drought specialist at the National Oceanic and Atmospheric Administration.

The heat wave slammed the Tri-State area for the fourth day in a row, CBS New York reported.

Triathletes jumped into the warm Hudson river for a race Sunday morning in New York City, taking on a 1,500-meter swim before biking up the West Side highway.

"I chose a different helmet - one that has more vents to keep a little cooler," athlete Cecilia Davis told CBS New York. "But I think there's definitely a rash of heat stroke out there."

Officials cut the triathlon from 10K to 8K to avoid putting the nearly 4,000 participants at risk for heat-related exhaustion and illness.

In southern California, where drought has persisted for years, 18 homes have been destroyed and more than 34 square miles of brush have been blackened in a blaze that sparked Friday. Los Angeles Fire Chief John Tripp said the fire "started consuming houses" ''like a freight train."

A main difference between the drought in the Northeast and out west is that the Northeast can pull out of those conditions at any time, Robinson said.

"The good news is that there's always a chance that the pattern can switch in several weeks at any time of the year," he added.

Temperatures in the Philadelphia area are predicted to reach their highest points Monday as 50,000 Democrats are expected there for the DNC. The heat index could hit 108 degrees, said Mitchell Gaines, meteorologist with the National Weather Service in Mount Holly, New Jersey. Temperatures may reach into triple digits. Adding to that, the humidity is set to return.

Thousands of protesters, many for climate change, on Sunday braved mid-90s temperatures as the city provided free water and "misting tents" to demonstrators, some of whom are walking several miles.