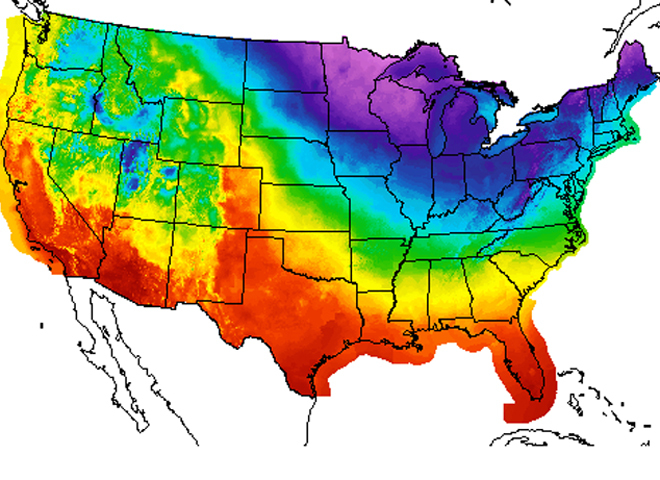 A dangerous cold snap is gripping much of the nation.

Single-digit temperatures are in today's forecast from the Dakotas to New England, with wind chill readings down to about 45 degrees below zero in parts of the Midwest and Great Lakes regions, accounting for some of the coldest temperatures the region has seen in two years.

A variety of winter weather advisories and warnings are in effect for much of Michigan, and downwind of Lake Erie and Lake Ontario.

The coldest wind chill temperatures recorded yesterday were 54 degrees below zero in Grand Marais, Minn., on the north shore of Lake Superior; -44 in International Falls, Minn., and -40 in Minot, N.D.

Meteorologist Mike Augustyniak from CBS Station WCCO in Minneapolis says the brutal cold continues Tuesday - temperatures of nine below zero in Minneapolis-St. Paul, -25 in International Falls. Factor in the wind, Augustyniak said, and wind chills measurements approach 40 below in International Falls, 27 below in Green Bay, Wis., 31 below in Marquette, Wis., and Chicago and Detroit will feel in the teens below zero.

And there's more: Cleveland, Pittsburgh, Buffalo will all feel like 10 to 25 below. Frostbite times there on exposed skin is 10 to 15 minutes.

By tomorrow, Augustyniak said, the coldest of the cold will push slightly to the east.

The National Weather Service says highs will likely remain in the single digits and teens north of the Ohio River through Wednesday, and in the 20s and low 30s for much of the Mid-Atlantic region.

Chicagoans woke up Tuesday to temperatures hovering around zero, with wind chills around minus 10 to 15 degrees, reports CBS Station WBBM.

And with the cold temperatures, comes snow and ice. Between two and seven inches of snow are expected in Cleveland Tuesday, with winds at 20-25 mph, and gusts up to 35 mph, bringing the wind chill down to 10-15 degrees below zero, reports CBS Affiliate WOIO.

An inch to an inch and a half of snow fell over most of central and southern New Jersey. That was accompanied by cold air with temperatures not expected to get out of the 20s Tuesday.

The National Weather Service says scattered snow showers are possible Tuesday morning in parts of New Jersey, leave a dusting to an inch of new snow, mainly in the higher elevations.

Further east, as much as 6 to 12 inches of snowfall are anticipated for portions of southeast New England, from eastern Massachusetts and Connecticut through Rhode Island, and eastern Maine. Boston will see about 3 to 6 inches of snow through Tuesday morning.