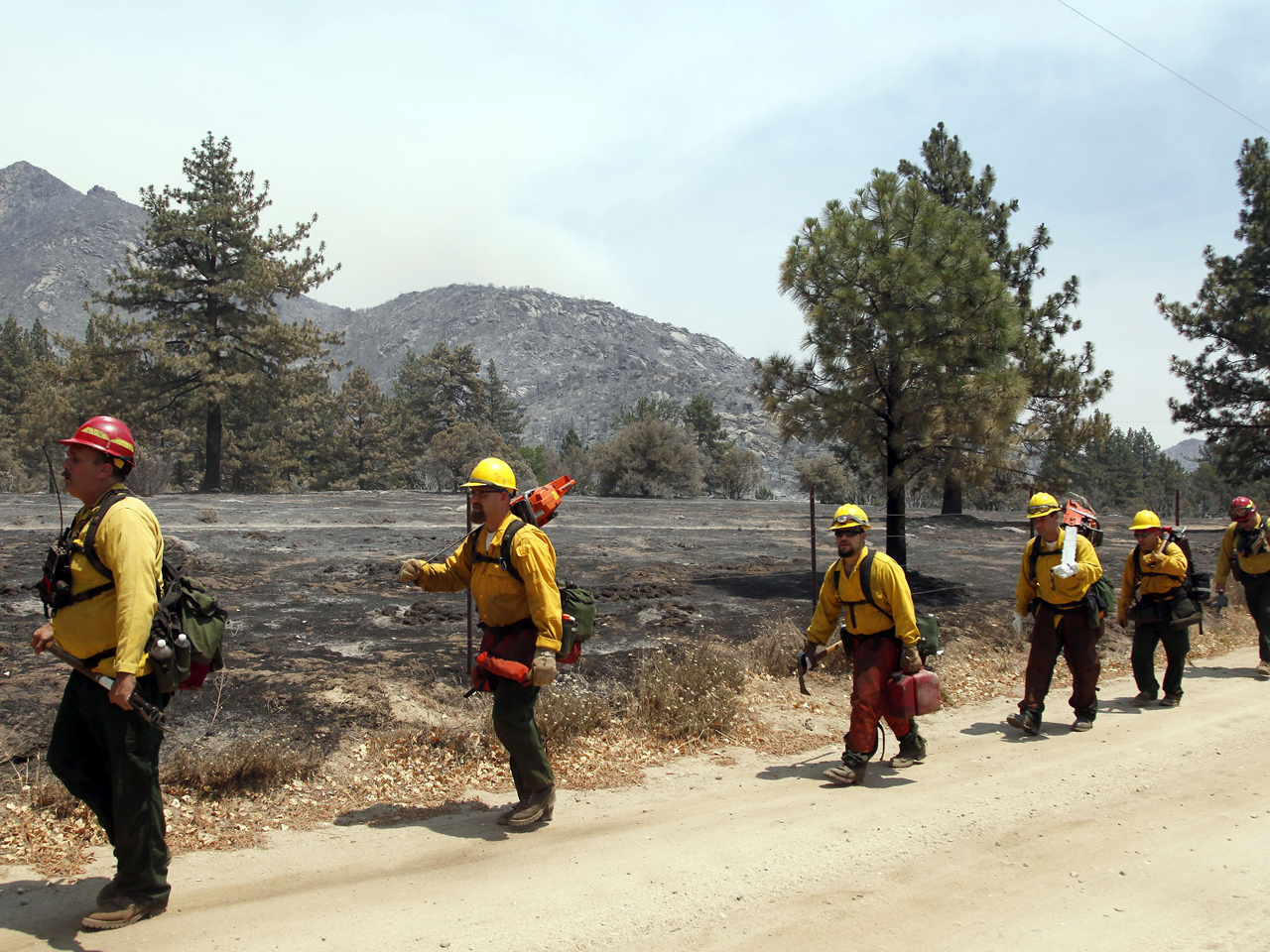 IDYLLWILD, Calif. A Southern California wildfire that destroyed seven homes and threatened the mountain town of Idyllwild is sluggish after a thunderstorm drenched the timberland, and more storms doused the remaining flames on Monday.

The 43-square-mile fire above Palm Springs is 85 percent contained. It didn't move overnight and crews concentrated Monday on surrounding it on ridges thousands of feet up in the San Jacinto Mountains.

The rain was beneficial for firefighters, but powerful downpours also raise the potential for flooding and mudslides in recently burned areas, prompting authorities to issue a voluntary evacuation warning for about 20 homes several miles southeast of Idyllwild.

Authorities have said the fire was human-caused but wouldn't say whether it was accidental or intentional.

Full containment is expected on Wednesday.