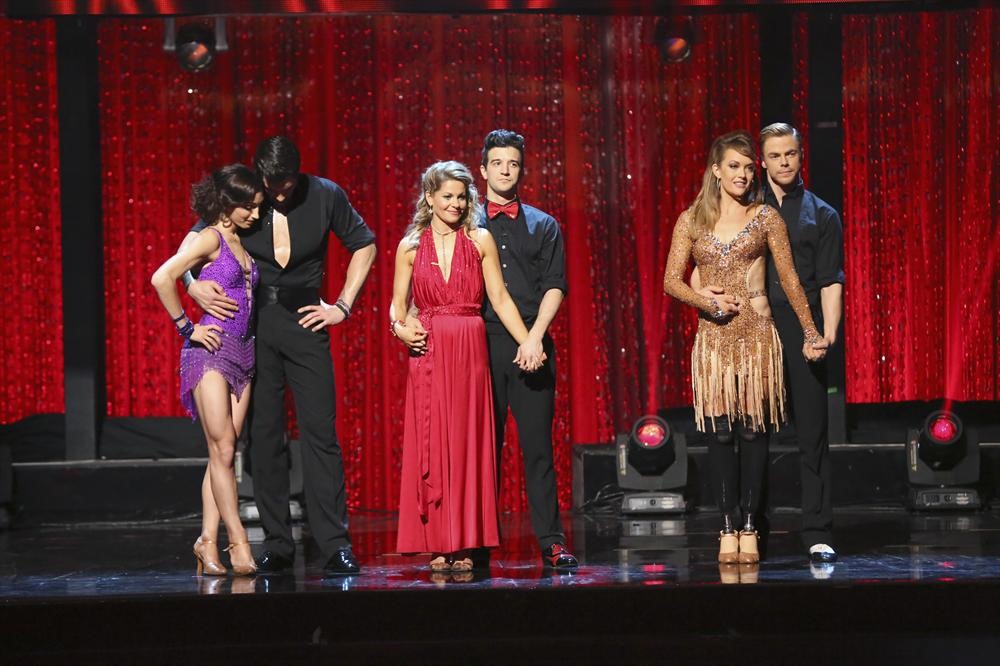 The season 18 finale of ABC's "Dancing with the Stars" saw some impressive performances from the three remaining couples, all the while showcasing the return of all of the season's couples. However, after all the judges' scores and audience votes were tallied, there was only one dancing duo that walked away with the mirror ball trophy.

It was a tough battle between celebrated athletes Amy Purdy and Meryl Davis and Full House star Candace Cameron Bure. In the end, the dazzling repeat performances by Meryl and her pro partner Maksim Chmerkovskiy won them the show's ultimate prize.

The three remaining couples were all given 24 hours to create a brand new routine for the evening. Amy and Derek Hough went first and their last dance together summed up everything they've worked on during the season. The beauty, the sensuality and the raw technical skill that Amy has been able to develop and accomplish, even without the use of her legs, was on full display and it blew the adoring judges away. Bruno Tonioli, Len Goodman and Carrie Ann Inaba each gave enthusiastic 10s.

Candace and Mark Ballas were up next, dancing an energetic quickstep/samba fusion that elicited cheers from the audience and wild enthusiasm from the judges. However, their scores didn't quite live up to the perfection of Amy and Derek, as Bruno, Len and Carrie Ann awarded 9s across the board for a total score of 27.

Meryl and Maks were the last to present their 24-hour routine. Meryl looked stunning in a billowing purple gown, while their natural and undeniable chemistry shined with every expertly orchestrated step. The judges responded to their stunning number with three 10s, making their two-night, three-routine combined score 90 out of 90.

All three couples took the stage, and the first pair voted off were Candance and Mark. Despite coming in third, the actress seemed excited to had made it that far in the competition. From her own dark horse status during the entire season to Mark's shoulder injury just hours before Monday's show, the couple had battled a lot, and the duo showed that third place felt like a victory to them.

It came down to the Olympic ice dancer and the Paralympic snowboarder, and after a hard fought and inspirational season, it was the undeniable chemistry between Meryl and Maks that won them the coveted mirror ball.

Before the final announcement was made, many of the stars who had been kicked off came back to show they still had the skills they learned from their time on the ballroom floor. Some of them elicited standing ovations, while others left the crowd less enthralled.

The stars dancing in the competition weren't the only familiar faces that showed up that evening. Season 17 winner Amber Riley performed an energetic number, while pop megastars Iggy Azalea, Ariana Grande and Christina Perri also performed.

Tell us: Do you think the right dancing duo won?