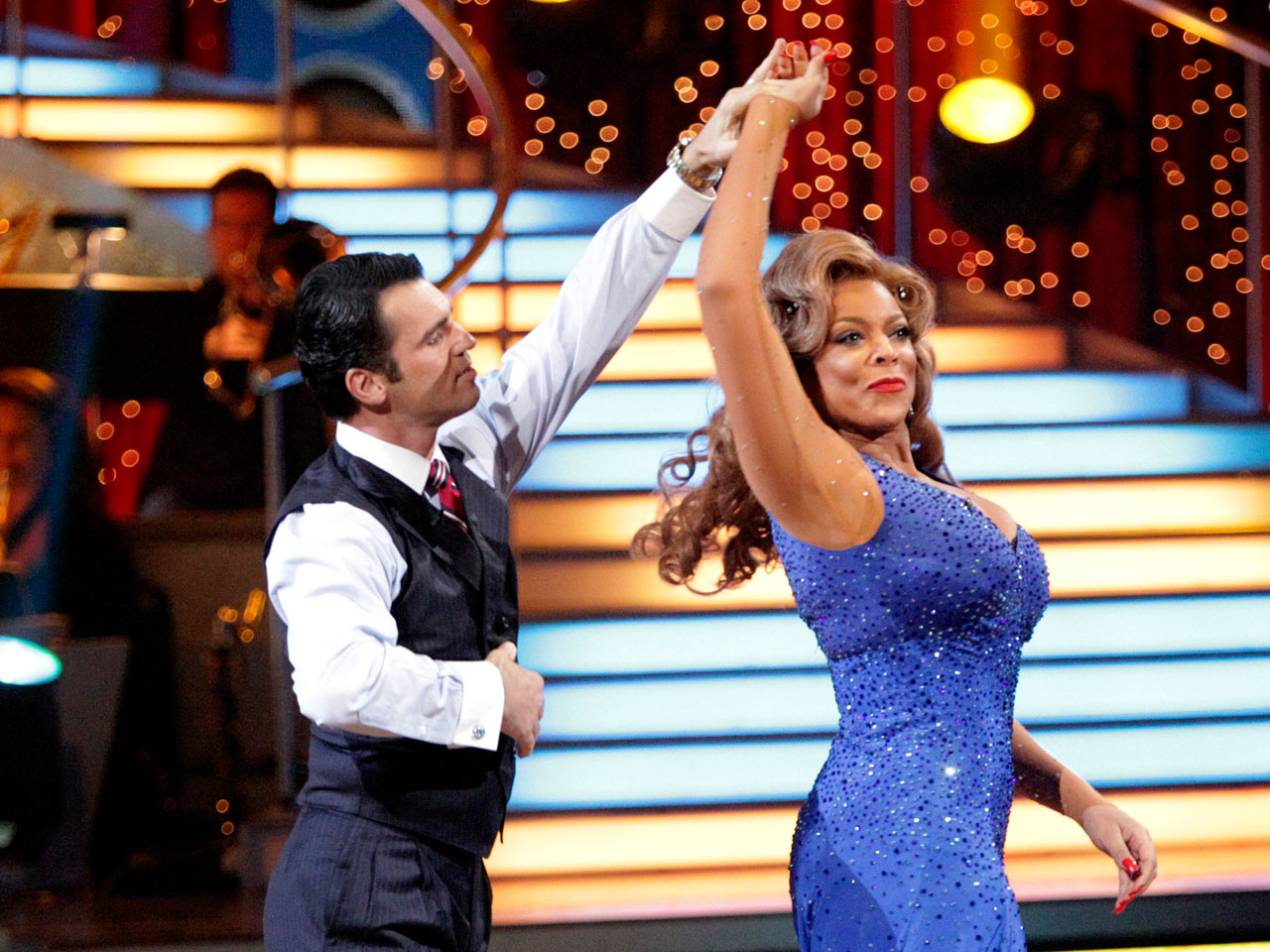 (CBS) There was only one question on everyone's minds, lips and TV screens during the "Dancing with the Stars" results show: No, not who was about to be eliminated. Rather, how was entertainment's most significant thigh?

The previous evening, Maksim Chmerkovskiy's left thigh had unaccountably left for the South of France seconds into his routine with Kirstie Alley. They both fell in an unattractive heap that resembled the average English couple emerging from a London pub on a Tuesday night.

Chmerkovskiy, true to his roots as the Ukraine's latest star of "The Bachelor," insisted he was a man and he could take it.

"You're going to need a stretcher to get me out of here," he said, jaw jutting with Eastern promise.

So there. Thankfully, enough of the viewers have heard of Alley and like her (she is surely the most famous of the "stars") in order to keep her safe and Chmerkovskiy's thigh in need of urgent manipulation.

This might be a dancing competition, but it is also something of a popularity contest.

After last week's elimination of the rather unknown radio personality Mike Catherwood, this week saw another former radio favorite, Wendy Williams, cast aside.

Yes, they say radio has had its day. This would have been around the time of "The King's Speech." Though one can't help wondering just what a grand and popular performance we might enjoy if Rush Limbaugh ever graced the ABC dance floor. One might imagine that, should he have a little thigh problem, he might have a painkiller or two at hand.

As for Williams, she had wanted to show her strength and tenacity. She stroked professional partner Tony Dovolani's buttocks, as if they were recently constructed by her own two hands in a pottery class.

Yet still she could do nothing to find enough people at home who wanted her to stay another week.

When asked during the "Dancing with the Stars" results show what it would take to succeed, she replied: "Our friends who vote." Perhaps Williams, like many people on Facebook, has fewer friends than she thought.

In something of a difficult faux pas, she did suggest that the only problem she had was that her feet, rather than her personality were being judged.

"If my personality was in the competition, I'd win," she declared.

And yet, personality is, at least to some extent, being judged here. Football hall of famer Jerry Rice, for example, would never have made the finals in his year if it were only dancing that was being judged.

In truth, Williams' dancing was rough around the edges and equally rough in the middle. She certainly shouldn't have been surprised by her fate.

Before the inevitable, we did manage to catch a glimpse of Sugar Ray Leonard's 10-year-old son, Daniel, who already has far more fluid moves than his papa.

Offering another kind of entertainment during the elimination show, One Republic made pleasant noises while Lacey Schwimmer and Dmitri Chaplin created their own wonderful silent movie of rumba.

Selena Gomez - who does, in certain camera angles, resemble a Hispanic offspring of Sarah Palin - also sang agreeably, but with a quite haunting lack of stage presence.

So the producers had to squeeze as much drama as they could out of the final elimination. Strangely, Kendra Wilkinson - who, one might imagine, has a fairly large group of fans and danced well on Monday - was placed in jeopardy.

In the end, though, Williams took the fall.

So we are left to wonder: Will Chmerkovskiy's thigh make it through the next show?