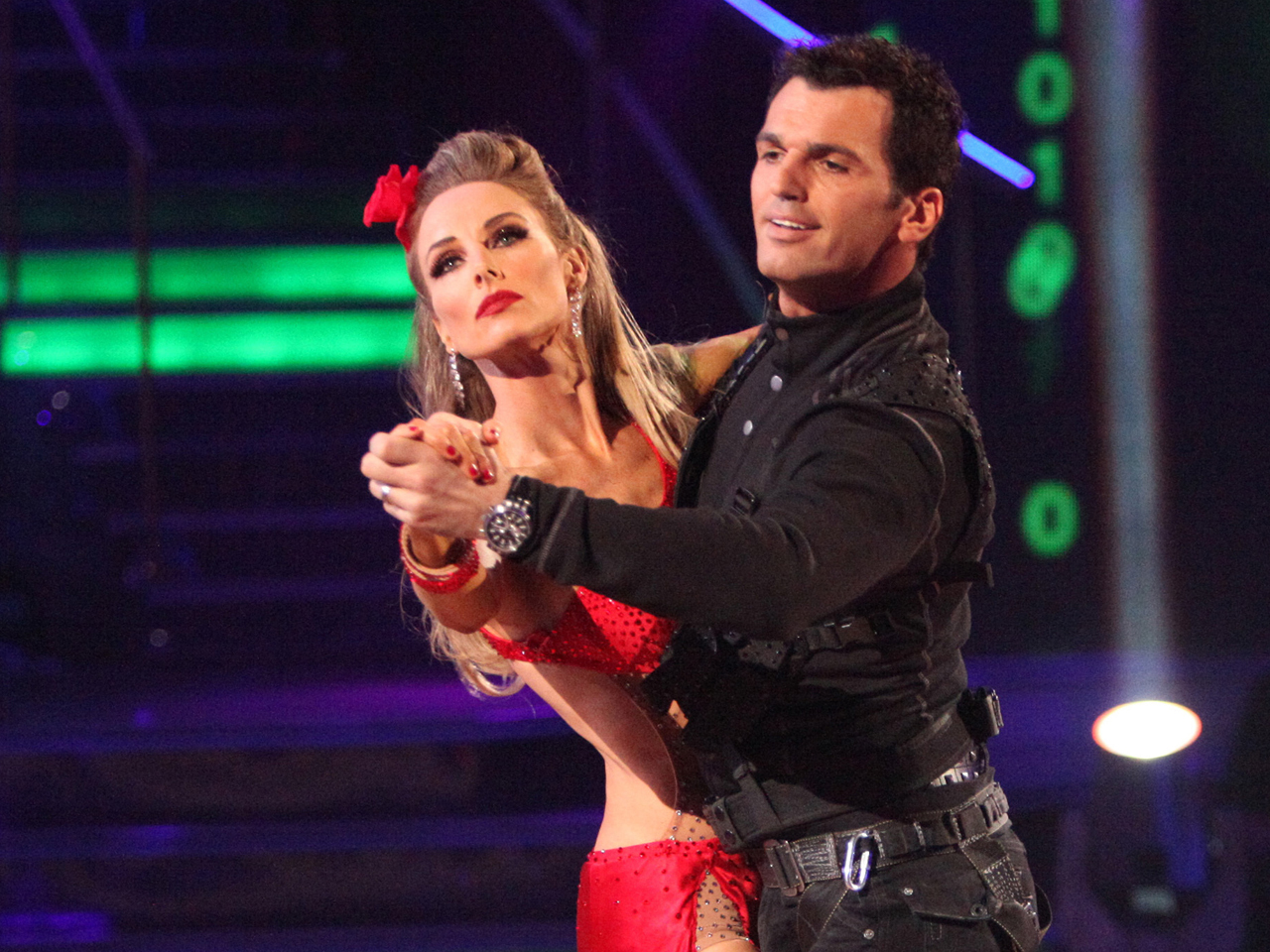 "Dancing with the Stars" doesn't allow for a hung jury, but some might feel after Tuesday's results extravaganza that the jury should be hung. Or at least be made to listen to William Hung for a period of not less than three years.

You see, there was something of a surprise elimination. One of the favorites, Chynna Phillips, suddenly found herself without a hook to hold on to.

Was it rough justice? We'll smooth out the arguments in a minute.

But first let's consider that none other than the great Ian Ziering - yes, that blond boy from "90210" - was invited to comment on the performances. Yes, he's a veteran of "Dancing with the Stars," but who would remember that?

Far more memorable was the idea that Susan Boyle was there, live on stage, singing about how she hungers for our touch. She didn't mention our touch of justice, but we knew she wants us to be fair and kind to all mankind. Yes, including Chynna Phillips. But we'll come to her in a minute.

Let's first say that Boyle's "Unchained Melody" was delightful, and not at all a prediction of unchained justice. What was slightly unchained, though, was the behind-the-scenes footage in which Rob Kardashian clearly considered seducing judge Carrie Ann Inaba in order to curry her favor.

Judge Carrie cannot be corrupted, save by the delicately manipulative strings of her own very touchy emotions.

Talking of touchy emotions, you should have seen Rob Kardashian's face when he was told he was still in jeopardy (whatever that really means). His head went down as if the jury had declared that the glove fit, so they couldn't acquit.

But before we could lament for too long, we were informed that they have remade "Footloose," with the show's very own Julianne Hough playing the loosest foot of all.

What joy. For there she was, hoeing down with all sorts of lovely people in check shirts, jeans and a peculiarly cowboy sort of ecstasy.

Suddenly we realized we were halfway through the show. Only then were we treated to some intimate footage of Chynna Phillips and her partner Tony Dovolani going through their slightly disastrous performance of the previous evening.

We heard Phillips curse mid-dance. We heard her say to Dovolani: "I don't know what's happening." We heard him remind her to "Run towards Len", the Len being head judge Len Goodman, rather than Leningrad airport.

As for Chaz Bono, after his performance he had been merely "glad he'd touched Carrie Ann."

You see, that's what's so lovely about the results show. You get to experience the truly intimate moments.

Bono's mom, Cher, had burst into tears on seeing her son's performance to the music from "Rocky." After the previous night's show, she tweeted: "OMG! I WAS CRYING ! WASNT EXPECTING 2 B SO NERVOUS ! BROKE MY BRACELET CLAPPING ! IM SO PROUD !! CHAZ WAS GREAT! LOVED DAVID ARQUETTE 2nd."

When Bono was pronounced safe, he again reacted with muted cool. His partner, Lacey Schwimmer, has been astoundingly inventive in the way that she has choreographed his path. However, Cher immediately tweeted: "YEAH ! CHAZ GETS 2 DANCE ANOTHER WK! THANK U'S! DOES THIS MEAN IM ABOUT 2B CAST MEMBER OF DWTS. I might HAVE 1 MORE CAMEO UP MY SLEEVE."

Cher on "Dancing with the Stars"? Now that would raise the caliber of the neighborhood.

Lowering the caliber of the neighborhood was Ricki Lake, who confessed that her commitment to the show was so absolute that "my clothes smell like a barn, that's how disgustingly sweaty and dirty I am."

We needed to know that. Well, I did.

Here's something I didn't need to know. Professional partner Tristan McManus' last words to Nancy Grace before their performance had been: "Nipples in, and don't fart." The first part of that was a clear reference to Grace's nip-slip from a previous week. The second surely cannot have been a commentary on the quality of catering services provided by ABC.

When she was told that the heartless, cheerless masses had ousted her from the show, Phillips declared: "I have to take responsibility. I messed up."

Which was bizarrely honest and entirely not in keeping with the entertainment fraternity. She had been done wrong and she was taking it on the chin, turning the other cheek and generally allowing all of her body parts to absorb the blow.

And to think next week is '80s week. How Phillips would have reveled in that. But let's look forward: What will Chaz wear?