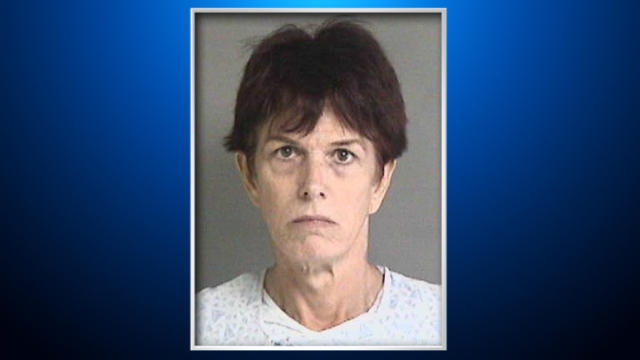 OAKLAND, Calif. — A former California teacher whose firing over a gender change made headlines in 1999 has been charged with triple homicide in Oakland, reports CBS Sacramento.

Dana Rivers, 61, is being held without bail on charges of arson and three counts of murder. She was fired 17 years ago from her job at Center High School in Antelope, California, after undergoing a sex change.

Rivers is accused of the shooting and stabbing deaths of an Oakland couple and their son.

Officers were called to a home early Friday morning and found Toto Diambu, 19, in front of the home with an apparent stab wound.

While officers were aiding Diambu, who later died, they heard a loud bang from the garage and allegedly saw Rivers walking out of the home covered in blood.

Inside the home, investigators found Patricia Wright, 57, and Charlotte Reed, 56, dead. Diambu was their son. Authorities say Rivers was about to ride away on Reed’s motorcycle when she was arrested. Police say Rivers made statements implicating herself in the murders.

Investigators say Rivers also tried to set fire to the home, but firefighters put it out quickly.

Authorities say the motive might have been a dispute over property, but didn’t release more information.

Rivers gained national attention when she had a sex-change operation to become a woman nearly 20 years ago.

Born David Warfield, she was a suburban Sacramento journalism teacher when she began hormone treatments and surgeries in 1999. When she told school district officials about her plans, they placed her on administrative leave and eventually fired her. She sued and reached a settlement.

Diambu was an aspiring nurse who was attending college in Oakland and working at Walmart. Wright and Reed had been married for more than a year and had three children between them, the newspaper reported.

Friends said Reed was a veteran of the U.S. Air Force and owned a hair salon in San Jose.

Wright worked part-time at an elementary school in Oakland as a computer prep teacher, a school district spokesman said.

Police said the two women were both stabbed and shot and their son was stabbed. They were pronounced dead at the scene.