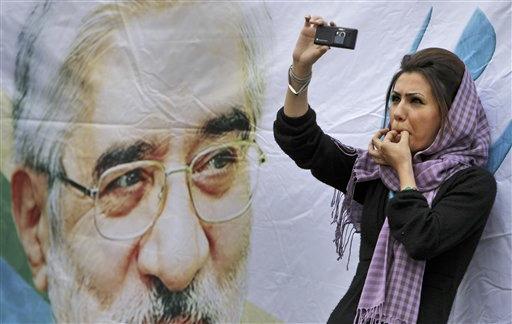 One of the most respected and recognized names in television journalism, Dan Rather has spent a half-century covering the biggest events of our time, from the assassination of John F. Kennedy to the Watergate scandal to the war in Iraq.

The veteran CBS News anchor announced Tuesday that he will step down in March, on the 24th anniversary of taking over the job from Walter Cronkite. Rather, 73, said he will continue to work for CBS, as a correspondent for "60 Minutes."

In a written statement, Rather said, "I have always said that I'd know when the time was right to step away from the anchor chair. This past summer, CBS and I decided that the close of the election cycle would be an appropriate time."

Rather has come under fire for his 60 Minutes report on President Bush's service in the National Guard during the Vietnam War. The report relied on documents that cast Mr. Bush's service in a negative light. Critics charged that the documents were forgeries, and CBS News was unable to vouch for their authenticity. An independent panel is now investigating the matter.

In a career dating back to 1950, Rather has been in the middle of history's defining moments. From November 22, 1963 in Dallas, when he kept the American people informed of the details of the assassination of President Kennedy, to Oxford, Mississippi, to Tiananmen Square and the fall of the Berlin Wall, he has reported from the world's most important datelines.

His reporting on the civil rights movement in the South, the Nixon White House, the wars in Vietnam, Afghanistan, the Persian Gulf and Yugoslavia and the quest for peace in South Africa and the Middle East has showcased his combination of street smarts and astute analysis.

Rather has mixed a commitment to hard news with a folksy Texas style, uttering homespun lines like "this race figures to get nasty enough to gag a buzzard." But odd incidents dogged him: In 1987 he walked off the set, leaving CBS with dead air, to protest a decision to let a tennis match delay the news.

During his 42 years with CBS News, Rather has held many prestigious positions, ranging from co-editor of "60 Minutes" and anchor of "48 Hours" to bureau chief in London and Saigon and White House correspondent during the Johnson and Nixon administrations.

Since March 9, 1981, he has served as anchor and managing editor of the CBS Evening News, the longest tenure at the helm of any network evening broadcast.

Rather has received virtually every honor in broadcast journalism, including numerous Emmy Awards, a Peabody Award and citations from critical, scholarly, professional and charitable organizations.

He joined CBS News in 1962 as chief of its Southwest bureau in Dallas. In 1963, he was appointed chief of the Southern bureau in New Orleans, responsible for coverage of news events in the South, Southwest, Mexico and Central America. During that time, he reported on racial conflicts in the South and the crusade of Dr. Martin Luther King Jr., as well as the death of President Kennedy.

Rather was born October 31, 1931 in Wharton, Texas. In 1953, he received a bachelor's degree in journalism from Sam Houston State Teachers College. He also attended the University of Houston and the South Texas School of Law.