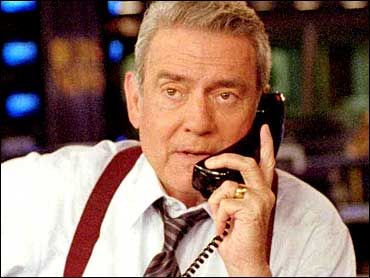 The state rankings in the piece below are not the same as in the latest CBS News public opinion poll analysis. These are Dan Rather's own, based on the readings of many polls, including CBS's, plus his contacts among political professionals in both parties, his 54 years of experience covering politics, and his own instincts. The analyses and guesses are his own, not those of CBS News

Here's one way to look at the presidential race right now: There are at least nine states — possibly as many as 16 — that are key, because they appear to be so close they could still go either way. The core nine that your reporter classifies as hanging in the balance, too close to even guess about are: Florida, Pennsylvania, Ohio, Wisconsin, Iowa, Colorado, New Mexico, Arkansas and — surprise — Hawaii.

Hawaii has almost always gone Democratic in recent presidential races and until just lately was widely considered to be a sure-thing for Kerry. The race in the islands has suddenly tightened. Nobody knows exactly why. One possible explanation is that Hawaii is particularly security conscious -- Peal Harbor memories plus 9/11 -- and has many past and present military families among its voters.

Anyway, count Hawaii in as one of the core nine. Among those nine, Wisconsin and Iowa may very well turn out to be decisive. These next-door neighbors usually vote alike in presidential campaigns; this year Wisconsin holds ten electoral votes, Iowa seven. With that in mind, do the math and consider this: If — mark the word, if — Bush carries every state he did 2000, he would have 278 electoral votes, above the necessary 270. Reapportionment of electoral votes based on population shifts have added to Bush's total from the 27l he got in 2000.

Should Bush lose this time in Ohio and New Hampshire, states he won last time, he would be at 254 — providing he wins every other state he won in 2000. That would push him down to 254. But if he then carried Wisconsin and Iowa (both of which went for Gore in 2000), he would pick up 17 electoral votes, pushing the president back up to a winning 271.

It is, of course, only one of many possible scenarios in which Bush could win. But if one puts one's nose to the wind and sniffs, it may be as good a guess as any. And better than most.

So, think of election night this way: First, concentrate on the Big Three: Florida, Pennsylvania and Ohio. Then watch the Middle Three: Wisconsin, Iowa and Colorado. After that, the Little Three: Arkansas, New Mexico and Hawaii.

By the way, in the "possibly as many as 16" states that could still go either way mentioned the first paragraph of this, the additional seven besides the core nine are: Michigan, Minnesota, Nevada, New Hampshire, Oregon West Virginia and Missouri.

Oh yes, there is also this: keep eyes peeled for surprises. There'll probably be one or more. Like what? Well, maybe New Jersey. Most lists have it reasonably safe for Kerry, but there are some poll numbers and gut instincts among veteran pols hinting at a possible upset.