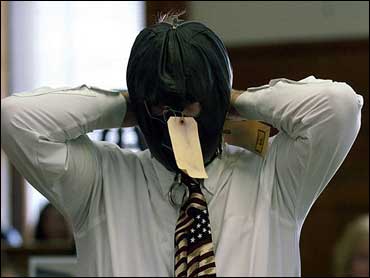 Dan Quisenberry, a premier reliever with the Kansas City Royals known for his quick wit and submarine pitching delivery, died of a brain tumor at age 45.

Quisenberry, a three-time All-Star who helped the Royals win two American League pennants and the 1985 World Series, underwent surgery in January and June, but doctors were unable to remove all of the malignant tumor. He was diagnosed with his illness in December 1997.

The Royals confirmed Wednesday that Quisenberry had died, but would not release details on when or where. KCTV reported that he died this morning at his home in Leawood, Kan.

In his 12-year career, Quisenberry led the American League in saves five times, and his 45 saves in 1983 was the major-league record at the time.

Pale and skinny, "Quiz" was never physically imposing. His awkward-looking pitching release rarely sent balls across the plate at more than 85 mph -- nothing compared with the frightening fastballs Rich Gossage unleashed.

"I lull them into a false sense of security by letting them watch me pitch," Quisenberry once explained. "If overconfidence can cause the Roman Empire to fall, I ought to be able to get a ground ball."

An inveterate jokester, his humor frequently was directed at himself. Once, when he came out of a prolonged slump, he said, "I found a delivery in my flaw." Another time, when he was asked about his contract, he quipped: "It has guarantees until the year 2020 -- or until the last Rocky movie is made."

was easy to see why every major-league team ignored the Laverne College graduate in the draft, why he had to drive to the home of a Royals scout and plead for a chance. In the end, however, only one thing kept Quisenberry from being the total bust scouts had predicted: Hardly anybody could hit him.

From the ay Kansas City brought him up near the end of the 1979 season through the Royals' World Series championship, the sidearming sinkerballer had more saves than any other reliever in the major leagues.

Backed up by a standout infield featuring Frank White, a nine-time gold glove second baseman, Quisenberry had 217 saves during his peak years. Bruce Sutter had 215.

Hitters eyed his looping sinkerball and saw extra-base hits. But time after time, they merely pounded grounders into infielders' gloves.

News of his illness jolted Kansas City, and one of the largest crowds of the year turned out May 30 to see him inducted into the team's Hall of Fame. Although terribly weak, Quisenberry stood on the infield with wife Janie and two teen-age children and thanked the fans in one of the most emotional moments in the city's history.

"I'm so blessed," he said. "I loved playing those years with those guys in this stadium. I loved playing in front of you folks. Great fans. Great city. Great team."

He paused, husky-voiced, as the crowd gave him a standing ovation.

As he thanked his former teammates, White, now a Royals coach, stood near first base and sobbed.

"This is more than I deserve," Quisenberry said. "This is great. God bless you all. Thanks for the prayers. Thank you very much."

During a career that ended in San Francisco in 1990 after his 244th save -- 13th all time -- Quisenberry frequently was in the national spotlight. He got the save in the famous "Pine Tar Game" against the New York Yankees after Billy Martin protested that George Brett had pine tar too high up on the bat he'd used to hit a go-ahead home run.

Quisenberry struck out Willie Randolph in the decisive game of Kansas City's victory over the Yankees in the 1980 AL playoffs. He was the winning pitcher in a 2-1 victory over St. Louis in the sixth game of the 1985 World Series.

The following year, however, his reliable sinkerball suddenly began to desert him. Left-handed hitters were especially tough.

He was released in 1988, spent a year with St. Louis and then retired after a brief stay with the Giants.

He had remained active in a project he founded that collects food for the hungry and homeless in Kansas City. He also began to write poetry and gave readings at libraries.

When he was diagnosed with his illness, one person who took the news hard was Nancy Howser, whose husband, Dick, had managed the Royals to the 1985 championship and died in 1987 of a brain tumor.

"It brought me to my knees," she said. "It brought back all the memories of when Dick was diagnosed. But when I think of Dan, I'll always remember how he made me laugh."