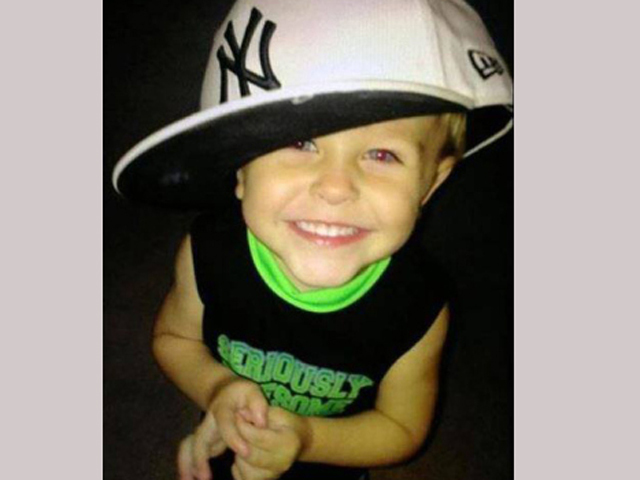 (CBS) WASHINGTON TOWNSHIP, Mich. - A hospital spokeswoman says a Macomb County boy critically hurt last week while in the care of his mother's boyfriend has died after being on life support for several days, according to CBS Detroit.

Police say Ronald Dimambro attacked the child last week while babysitting him in Washington Township, about 30 miles north of Detroit. The 26-year-old was arrested on a first-degree child abuse charge.

According to CBS Detroit, doctors said Damian's death is one of the most severe cases of shaken baby syndrome they've ever seen.

Relatives initially thought the Damian had fallen out of a playpen at his home, but Dinambro later admitted that he shook the child roughly and then threw him, according to the station.

Dimambro is being held on a $500,000 bond and had been expected to appear for a preliminary examination on Tuesday.

Sheriff Anthony Wickersham says detectives will be asking the county prosecutor's office to amend the charge against the suspect now that the child has died.