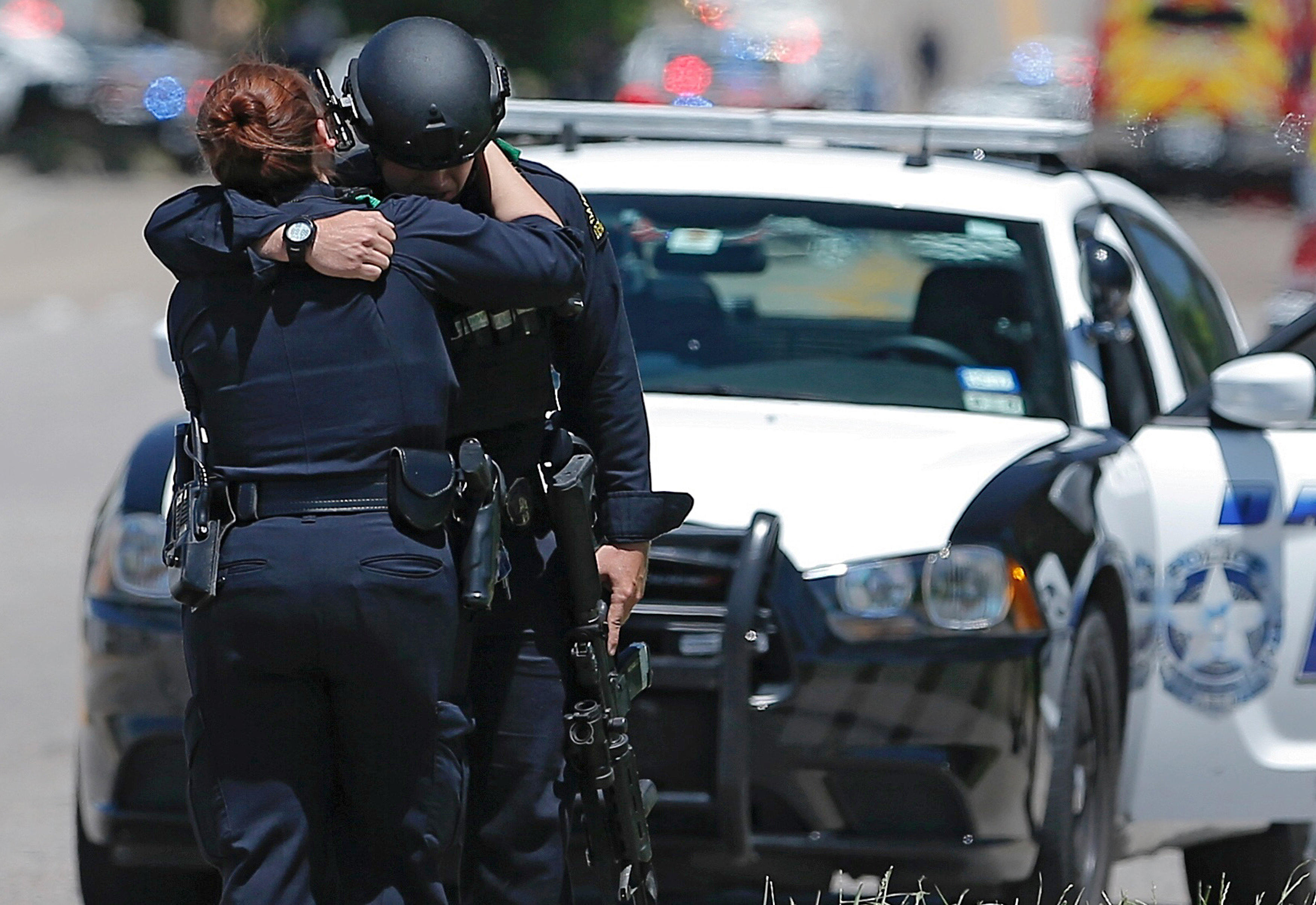 DALLAS -- Authorities were scouring a Dallas neighborhood for a suspect Monday after a paramedic was shot and critically wounded while helping a shooting victim.

Emergency responders were treating a civilian who had been shot around 11:30 a.m. in a neighborhood east of downtown when another person approached, opened fire and critically injured the paramedic, according to a statement from the city.

Police along with SWAT teams are looking for an unidentified man who is bald and may be walking with a limp, wearing a dark green shirt and jeans, CBS DFW reports. He may be armed with a rifle.

They believe he is still in the area where the shooting happened.

"The entire area is still active and very dangerous," police spokesman Warren Mitchell said in an email, adding that it was unsafe to allow media into the area.

The paramedic was rushed to Baylor University Medical Center, where he underwent surgery and was listed in crucial but stable condition, the city said. Details about the civilian's condition haven't been released.

Dozens of police vehicles swarmed the mostly residential area after the shooting was reported near a local Fire Training Academy. Several people from a nearby neighborhood and some relatives of people who live in the barricaded area gathered at a nearby gas station to await updates from police.

Lawyer and former police officer Pete Schulte told CBS DFW that the massive police turnout was necessary to try and contain the area and locate the suspect.

"Once they get the perimeter set up they can start the detailed search that's required," he said. "I think they're still trying to figure out where exactly this gunman possibly could be, so they can set up a very synced perimeter and get the search going from house to house, from backyard to backyard and from car to car to find this person."

FBI agents and officers with the Bureau of Alcohol, Tobacco, Firearms and Explosives also were in unmarked vehicles waiting at intersections in the neighborhood. Officials from the local fire department and parks department passed out water and Gatorade to officers blocking the roads.

The Dallas Police Association tweeted earlier Monday that officers responding to an active shooter were "pinned down" by gunfire.

"Please keep the injured EMT and his family in your thoughts and prayers," the Dallas Police Department tweeted.