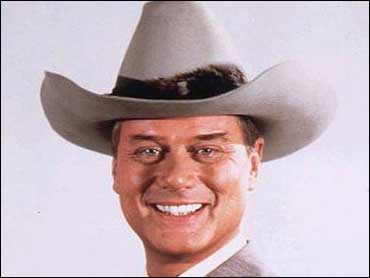 Time to saddle up and head back to Southfork.

J.R., Bobby, Sue Ellen and other members of the Ewing clan are getting back together for a "Dallas" reunion party.

Stars of the popular prime-time soap opera that ran from 1978 to 1991 will return to the famous Ranch, north of Dallas on Nov. 8, 2008, to celebrate the 30th anniversary of the show.

Several key actors, including Larry Hagman, Linda Gray and Patrick Duffy, have confirmed they'll be there.

"I may not be able to do the 40th," said 76-year old Hagman, in an interview with The Dallas Morning News. "Thirty years is pretty good, and the show is still very popular."

"Dallas" featured the antics of a wealthy Texas clan that punched, slapped, drank, cavorted and schemed to gain control of the family fortune.

The reunion promises to be much tamer.

The celebrations at the Southfork Ranch in suburban Parker, north of Dallas, is open to the public and tickets go on sale 22 August and will cost between $100 and $1,000.

The event will include fireworks, a country music concert, a question-and-answer session with the cast and tours of the mansion.

The show is perhaps best known for the "Who Shot J.R.?" cliffhanger that concluded the 1979-1980 season in which Hagman's character was blasted within an inch of his life. (The shooter turned out to be J.R. Ewing's sister-in-law, Kristin.)