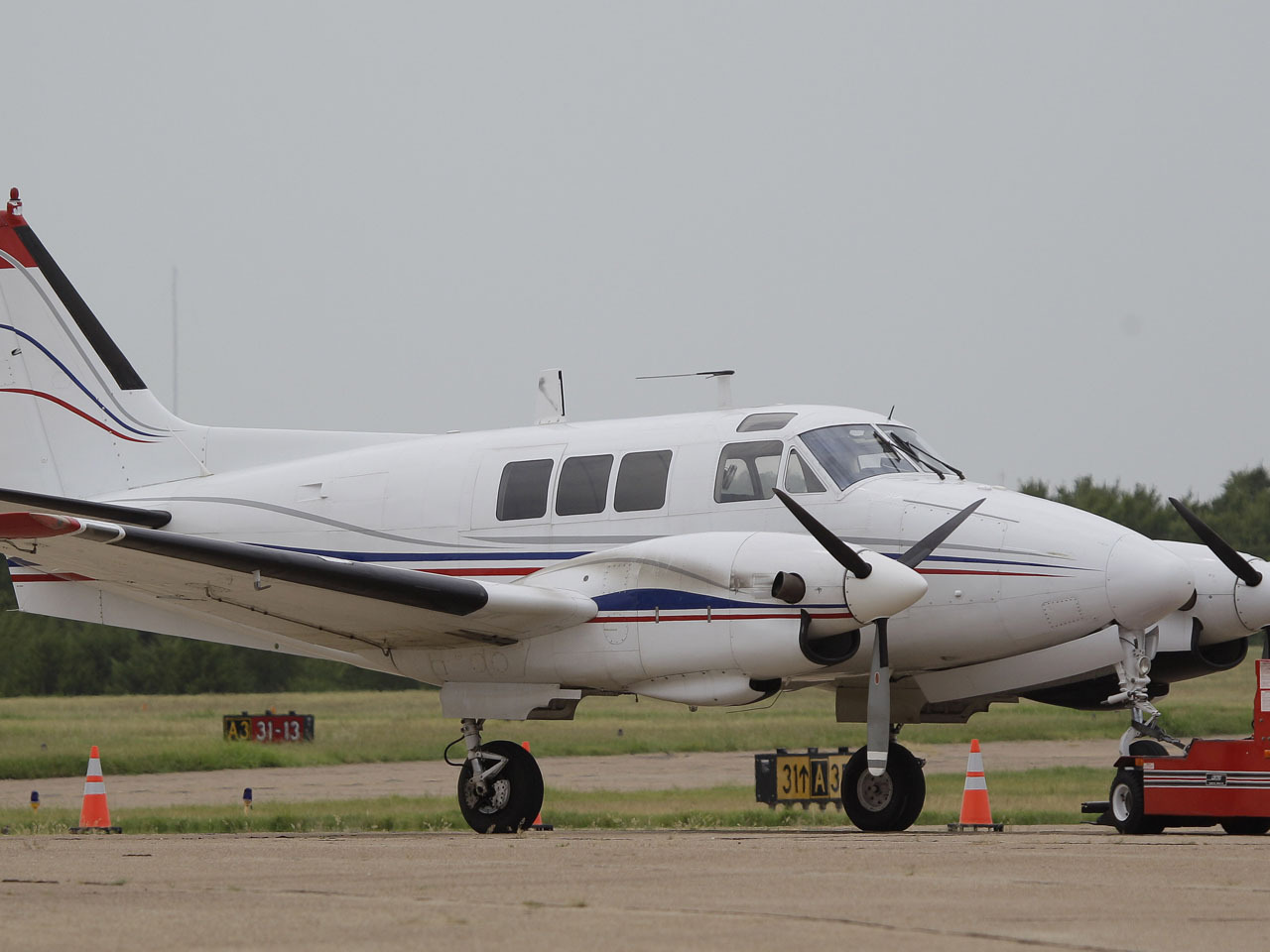 (CBS/AP) DALLAS -- Dallas County launched an aerial assault on the mosquito population for the first time in 45 years Thursday as part of an emergency measure to stem the nation's worst outbreak of West Nile virus, which has killed 10 people and sickened at least 230 others.

Two twin engine planes began targeting 49,000 acres in Dallas County late Thursday night, flying at an altitude of 300 feet, according to CBS station KTVT-TV. At least a dozen cities in the county will be part of the aerial spraying program, reports CBS News correspondent Manual Bojorquez.

Although commonplace in other major cities, the efforts have provoked a debate in the Dallas area between health officials trying to reduce the risk of disease and people concerned about insecticidal mist drifting down from above.

"I cannot have any more deaths on my conscience because we did not take action," Mayor Mike Rawlings said.

The home of former President George W. Bush is an area that was scheduled to be sprayed, but it is one of several places pilots were told to avoid, it, according to KTVT.

Nearly half of all West Nile cases in the United States so far this year are in Texas, according to the Centers for Disease Control and Prevention. If the trend continues, 2012 will be the worst West Nile year in state history.

The hot, dry weather across the nation's midsection has created ideal conditions for some species of mosquito. The heat speeds up their life cycle, which accelerates the virus replication process. And during a drought, standing water can quickly turn stagnant when it's not flushed away by rain or runoff.

In a coincidence Thursday, a Texas jury further south in DeWitt County awarded nearly $1 million to a Union Pacific employee who says he contracted West Nile virus while on the job after Hurricane Ike in 2008. Attorney Michael Sheppard said railroad worker Billy Nami, 62, lost more than half his cognitive function after being infected.

Both the mayor and Dallas County Judge Clay Jenkins have declared a state of emergency and voiced their support for an aerial defense. Yet even with the threat of infection, the spraying has sparked widespread opposition from people who fear the chemicals could be harmful.

"It's something new there that has not been used in quite a number of years," said Dr. Roger Nasci of the CDC, explaining the public's worries. "Anything novel comes with that unknown factor."

Because of the severity of the outbreak, the Texas Health Department is stepping in to oversee the effort and to pay for it.

"This year is totally different from the experience Texas has had in the past," state Health Commissioner Dr. David Lakey said. "If it's nuisance mosquitoes, we ask the city or county to pay part of that. But in the midst of this disease outbreak, it's easier for us to go ahead and do it."

One county-wide application costs about $1 million. A second application is possible if the first attempt does not kill enough mosquitoes.

Critics have also questioned whether the approach is scientifically proven to reduce West Nile cases. But at least one study in California concluded that the odds of infection are about six times lower in treated areas than those that are untreated.

Still, some residents fear the chemicals could harm their children, pets and useful insects such as honeybees and ladybugs.

The chemical released from the planes, synthetic pyrethroid, mimics a naturally occurring substance found in chrysanthemums. The Environmental Protection Agency has said that pyrethroids do not pose a significant risk to wildlife or the environment, though no pesticide is 100 percent safe.

About eight-tenths of an ounce of chemical is applied per acre, said Laura McGowan, a Clarke spokeswoman.

The insecticide's common name is Duet Dual-Action Adulticide. The label says it's toxic to fish and other types of aquatic life, and it contains distilled petroleum.

In states like California and Florida, aerial spraying is a "run-of-the-mill" response to West Nile, McGowan said.

When the mosquito population gets to be a certain level, "they automatically go up," she said. "They do it as a matter of course."

Kelly Nash, who lives in Dallas and works for an environmental consulting firm, questions whether the county is advocating for a controlled oil spill.

"One ounce an acre doesn't sound like much, but we will spray at least 2,000 gallons all over the city," Nash said. "A 2,000-gallon oil spill would be significant. I'm concerned that we're breeding resistant mosquitoes that next time will have Dengue fever or something worse."

Harris County, which includes humid, mosquito-filled Houston, has used aerial spraying once a year since 2002, the year the virus was first detected in Texas. The county uses ground spraying first and moves to aerial spraying as the virus spreads.

"We can't be everywhere at all times," Mosquito Control Director Dr. Rudy Bueno said. "Aerial treatment is a way to supplement what we do on the ground."

Most people infected with West Nile virus won't get sick, but about one in 150 people will develop the severe form of the illness. Symptoms include headache, high fever, neck stiffness, disorientation, coma, tremors, convulsions, muscle weakness and paralysis.

Jordan Conner, 14, spent eight days in intensive care with the most severe form of West Nile virus. Her mother, Ebonie Conner of Arlington, said she doesn't approve of aerial spraying and wishes local leaders would do more to educate the community.

"We've been desensitized to West Nile virus," Conner said. "It's been ingrained in us that it affects older people and infants. I think they need to pass out insect repellent, mention it in back-to-school drives."