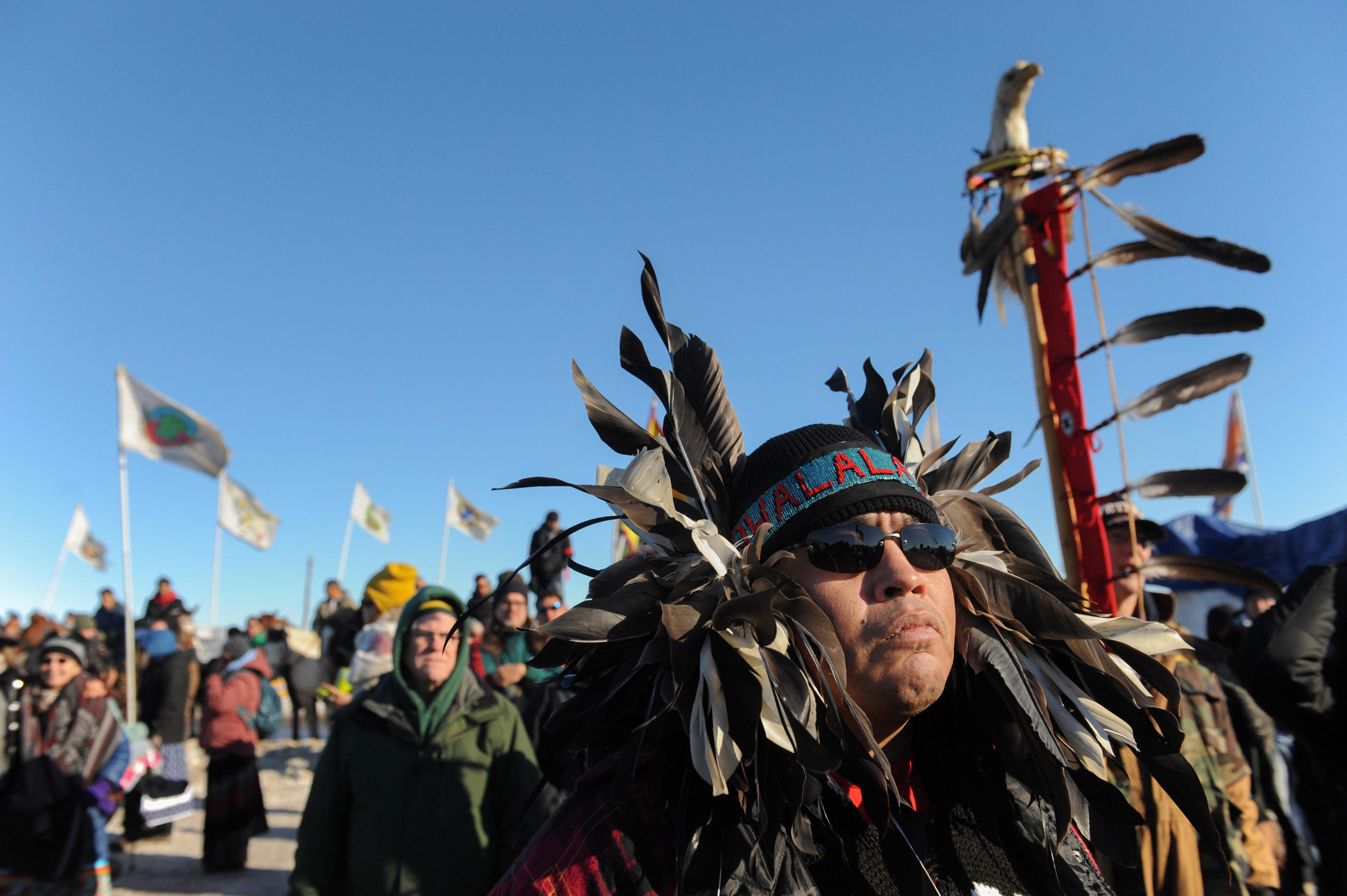 The Army Corp of Engineers will not immediately grant the Dakota Access Pipeline the right to cross the Missouri River next to the Standing Rock Sioux Reservation, officials said Sunday.

The National Congress of American Indians, which has been leading, the protests against the controversial pipeline’s plans in the Dakotas, praised the move in a statement.

“Today the Army Corp of Engineers announced its decision not to grant the easement to the Dakota Access Pipeline crossing the Missouri immediately above the Standing Rock Sioux Reservation, and to study alternate routes,” the statement said.

The U.S. Army confirmed in a statement Sunday afternoon that it will not grant an easement for the pipeline.

“The Department of the Army will not approve an easement that would allow the proposed Dakota Access Pipeline to cross under Lake Oahe in North Dakota,” the Army said.

NCAI President Brian Cladoosby said “our prayers have been answered.”

“This isn’t over, but it is enormously good news,” Cladoosby said in the statement. “All tribal peoples have prayed from the beginning for a peaceful solution, and this puts us back on track. From the start, the Standing Rock Sioux Tribe has asked for a full analysis to consider threats to the water and environment, and also the social and cultural impacts. Peace, prayer, and the water protectors have led to the right outcome.”

News about the development first appeared on social media. A video posted on Facebook showed a man identified as Remi Baldeagle saying the secretary of the Army had denied the Dakota Access pipeline easement.

“I can’t tell you how happy I am,” he said in the video clip.

Hundreds of demonstrators near the Dakota Access pipeline protest camp broke into cheers and chanted “water is life” in the Lakota Sioux language as news spread.

Some in the crowd banged drums.

Miles Allard of the Standing Rock Sioux tribe said he was pleased by the decision but remained cautious, saying opponents of the pipeline “don’t know what Trump is going to do.”

Allard said he’s been telling his people “to stand up and not to leave until this is over.”

Carla Youngbear of the Meskwaki Potawatomi tribe traveled from central Kansas to be at the protest site. She said she has grandchildren and is going to have great-grandchildren who will need water and that’s why she was there.

The easement marks a stunning victory for pipeline protesters, who for weeks have gathered at an encampment in southern North Dakota. The Standing Rock Sioux tribe and others who have joined them wanted changes made to the route of the pipeline, which is largely complete except for a short segment underneath a Missouri River reservoir. They said the pipeline could pollute drinking water and threatens sacred sites.

“Unfortunately, it’s not surprising that the President would, again, use executive fiat in an attempt to enhance his legacy among the extreme Left,” a statement from MAIN said. “That the President continues to believe that he is above the law is simply un-American and it is this arrogance that working class Americans soundly rejected on November 8.  For millions of hard-working people across the heartland, January 20 cannot come soon enough.”

“I have stated from the beginning that the easement is a federal decision and local law enforcement does not have an opinion on it,” Sheriff Kirchmeier said. “Our role is to enforce the law and that is what we will continue to do.”

House Speaker Paul Ryan is calling the decision “big-government decision-making at its worst.”

The Wisconsin Republican tweeted Sunday night that he looks “forward to putting this anti-energy presidency behind us.”

Attorney General Loretta Lynch says the Department of Justice will still monitor the protest in North Dakota and is ready to “provide resources” for those who “can play a constructive role in easing tensions.”

Dallas-based Energy Transfer Partners previously said it was unwilling to reroute the project.

Earlier on Sunday, tribal elders had asked the military veterans joining the large Dakota Access pipeline protest encampment not to have confrontations with law enforcement officials, an organizer with Veterans Stand for Standing Rock said. The organizer added that the group was there to help out those who have dug in against the four-state, $3.8 billion project.

Veterans Stand for Standing Rock’s GoFundMe.com page had raised more than $1 million of its $1.2 million goal by Sunday - money that was due to go toward food, transportation and supplies. Cars waiting to get into the camp Sunday afternoon were backed up for more than a half-mile.