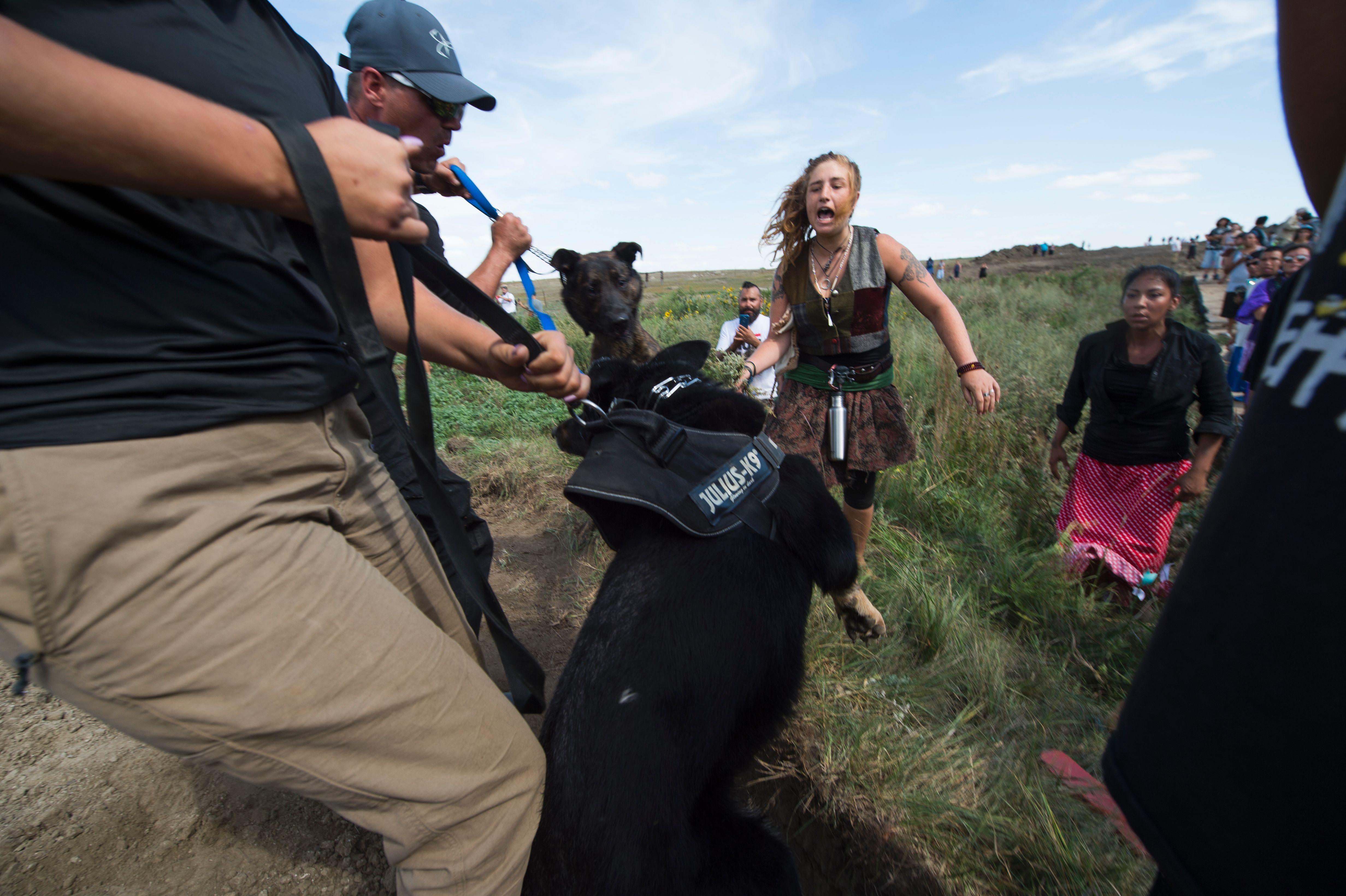 Tribe spokesman Steve Sitting Bear said protesters reported that six people had been bitten by security dogs, including a young child. At least 30 people were pepper-sprayed, he said. Preskey said law enforcement authorities had no reports of protesters being injured.

There were no law enforcement personnel at the site when the incident occurred, Preskey said. The crowd dispersed when officers arrived and no one was arrested, she said.

Vicki Granado, a spokeswoman for Dallas-based Energy Transfer Partners, which is developing the pipeline, said the protesters broke through a fence and “attacked” the workers.

The incident occurred within half a mile of an encampment where hundreds of people have gathered to join the tribe’s protest of the oil pipeline, which is slated to cross the Dakotas and Iowa to Illinois.

The Standing Rock Sioux have gone to court to challenge the Army Corps of Engineers’ decision to grant permits for the project, and a federal judge will rule before Sept. 9 on whether construction can be halted.

The tribe fears the pipeline will disturb sacred sites and impact drinking water for thousands of tribal members on the reservation and millions farther downstream.

The protest Saturday came one day after the tribe filed court papers saying it found several sites of “significant cultural and historic value” along the pipeline’s path.

“This demolition is devastating,” Archambault said. “These grounds are the resting places of our ancestors. The ancient cairns and stone prayer rings there cannot be replaced. In one day, our sacred land has been turned into hollow ground.”

“Any suggestion that today’s event was a peaceful protest, is false,” his statement said.

CBS affiliate KXMB reported that on Sunday, more than 200 tribes took part in a march and ceremony at the protest site.