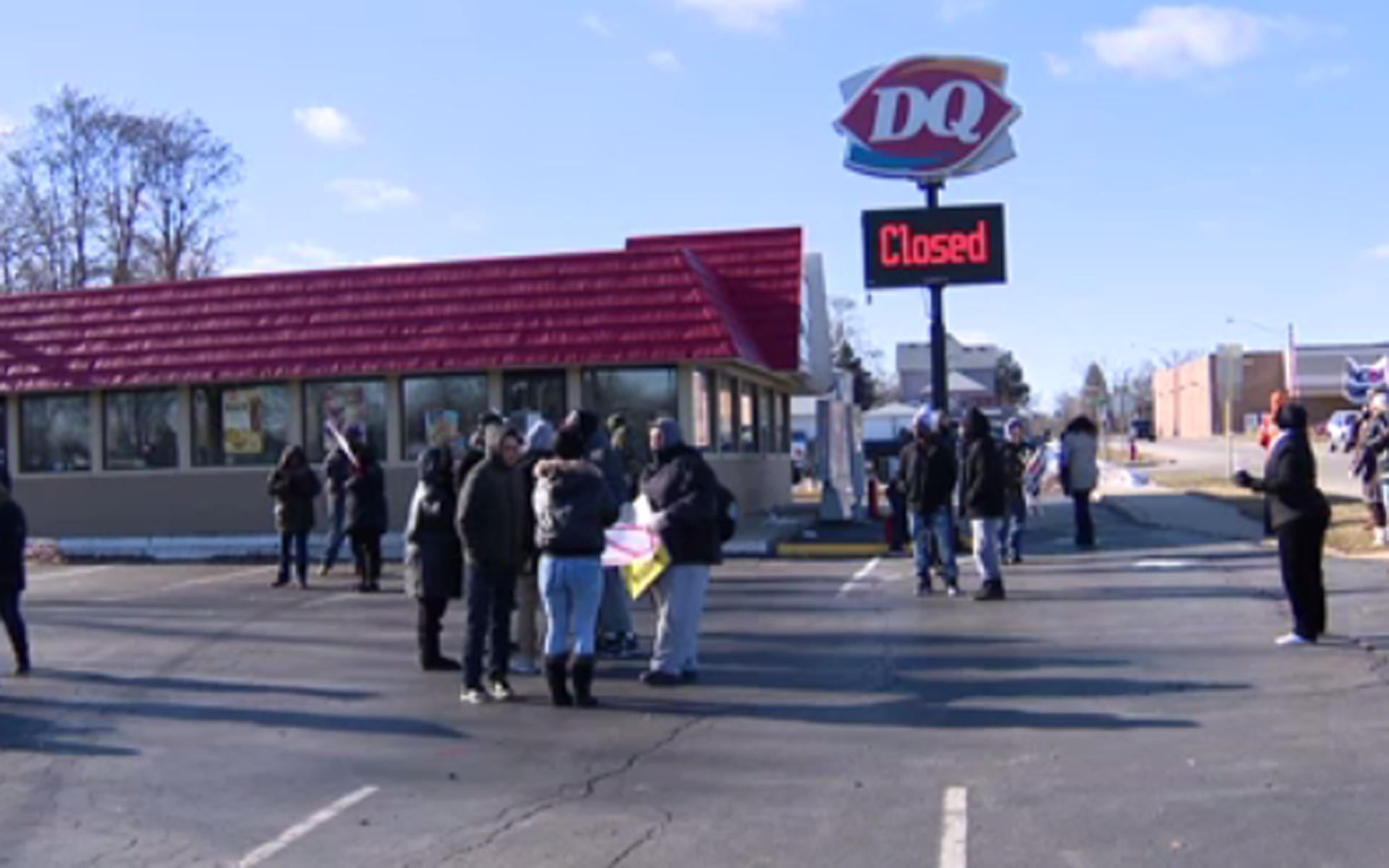 ZION, Ill. -- Dairy Queen has closed one of its stores in Illinois and terminated its relationship with the franchise owner after, police say, he used racial slurs in an angry confrontation with a customer.

A Zion police report says the franchise owner, Jim Crichton, told a responding officer he called Deianeira Ford, 21, of Tinley Park, Illinois, and her children a racial slur. He also said he was “fed up with black people” and would go to jail over the issue. According to the report, Ford said Crichton called her and her children the slur after she asked for a refund for a mixed-up food order in the drive through.

“It was really just upsetting, especially with having my children in the car,” said Ford, the mother of a 2-year-old daughter and 5-month-old son. “I mean, no one deserves to be treated like that.”

The incident prompted protesters to gather outside the Dairy Queen on Saturday. Ford said she has an attorney and is considering legal action. Ford’s attorney didn’t immediately return a call seeking comment.

CBS Chicago reports that, at the protest, Ford said, “It doesn’t matter your race, your sexual beliefs, your disabilities, no matter what, no one should ever be treated how me and my children were treated.”

Crichton apologized in a statement provided by American Dairy Queen Corporation and said he would undergo sensitivity training.

“My actions were inexcusable and unacceptable,” Crichton said. “I can only ask for forgiveness and try to make it up to all involved.”

Crichton didn’t immediately respond to a message seeking comment. He is not charged with any wrongdoing.

Ford has the support of Zion’s mayor and police department.

“I’m disgusted and discouraged by the comments made by this business owner,” Police Chief Stephen Dumyahn said. “I reached out to Miss Ford to tell her that this does not represent the diverse community of Zion.”

Zion is about 50 miles north of downtown Chicago.