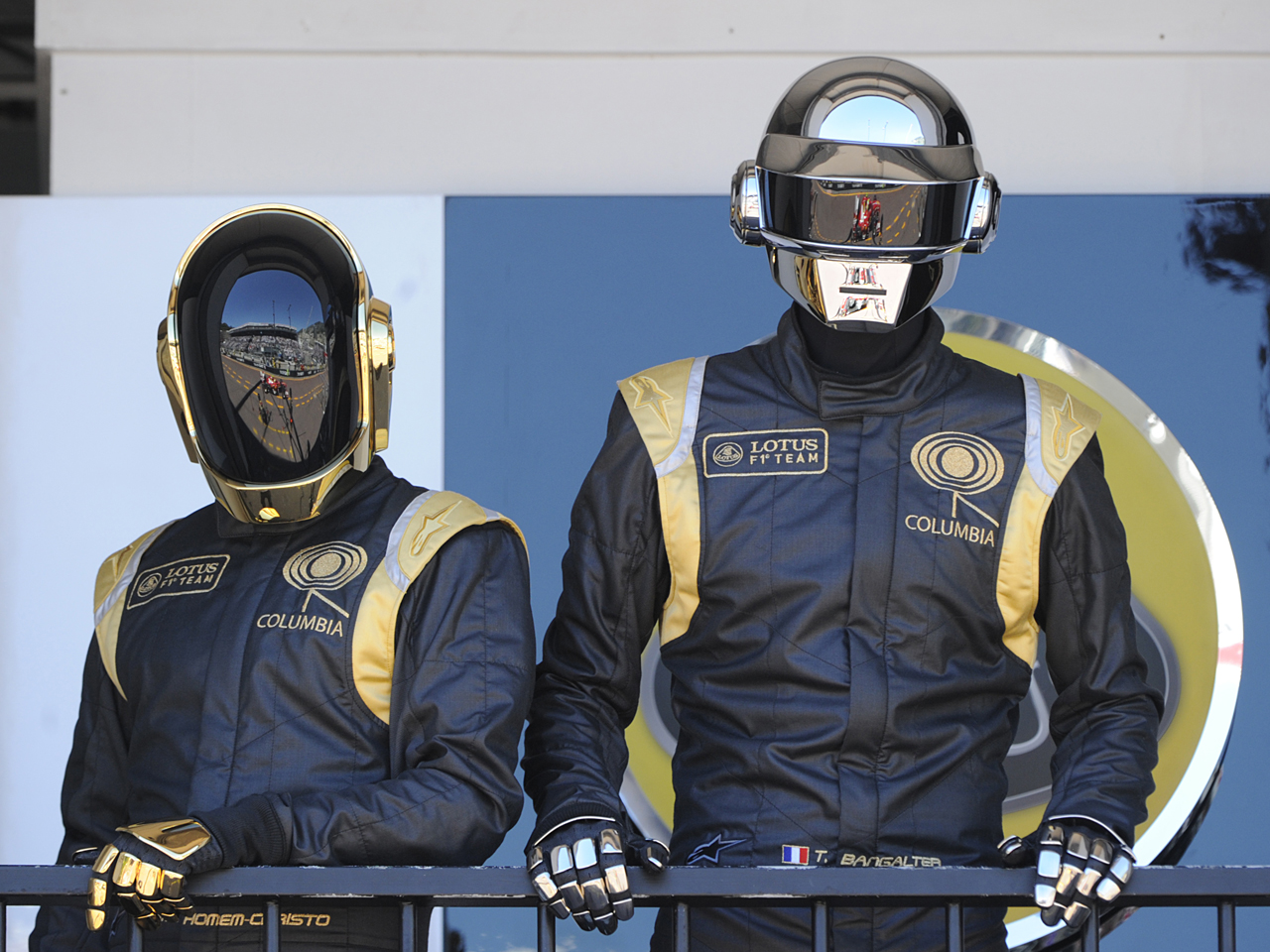 Apparently not content with racing to the top of the music charts with its new album "Random Access Memories," Daft Punk has taken to the race track, unveiling a new Formula One race car over the weekend.

The car, made by Lotus, made its grand debut at the famed F1 race in Monaco. While Daft Punk's music may be taking the lead worldwide, the group's driver, Romain Grosjean, was forced to bow out of the race after colliding with another driver. (Watch a video of the car's unveiling at left.)

The music service said Monday that the electronic duo's new album, "Random Access Memories," had the biggest number of streams in its first week in the United States. Spotify wouldn't release the number of streams, but Daft Punk beat the 8 million streams Mumford & Sons set with "Babel" last year.

"Random Access Memories" was released last week and is the fourth album from the Grammy-winning French group.

Daft Punk also set a Spotify record last month when its song "Get Lucky" had the biggest streaming day for a single track in the U.S. and the United Kingdom. Since its debut, "Get Lucky" has been streamed more than 27 million times.