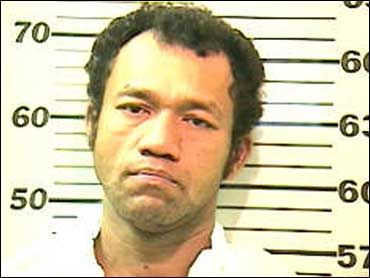 A man accused of tossing his four young children to their deaths from a coastal Alabama bridge unexpectedly pleaded guilty Thursday and told a state judge he wants to be put to death.

Lam Luong, 38, a Vietnamese refugee, entered the plea before Circuit Judge Charles Graddick at a hearing on a change of venue motion. Luong made the plea in a letter he wrote and gave to the judge.

His court-appointed translator Tam Vo reads the letter, which read as follows, according to CBS affiliate WKRG in Mobile:

"Dear Judge, My name is Lam Luong. I am plead guilty for that I have done that was the matter of killing my four children. From the day they die, I'm no longer want to live but I don't know how to die. Just please grant my wish. I hereby request the death penalty as soon as possible. That is my request. Lam Luong."

Luong was in court for a change of venue hearing. His attorneys argued that his story got so much media attention that their client could not get a fair trial in Mobile County. (Contacted by Luong's lawyers, WKRG said it ran 440 stories about Luong's case between January 2008 and January 2009.)

Under Alabama law, capital murder defendants must be tried before a jury even if they plead guilty. Luong's trial starts Monday, but will not be moved. The jury will not be sequestered, WKRG reports.

Luong's plea will now be used as evidence by the state.

Luong, who speaks Vietnamese, communicated with Graddick through an interpreter. Court-appointed defense attorneys have opposed his desire to plead guilty, which he had expressed previously.

"It came as a complete surprise. We didn't have any idea that something like that would happen," Mobile County District Attorney John Tyson Jr. said, adding that prosecutors had been prepared to argue against changing the venue.

Defense attorneys did not return phone messages for comment.

Although the defendant has admitted guilt, the jury will make a recommendation of either death or life in prison without parole. The judge is not bound by the recommendation.

Prosecutors claim Luong argued with his common-law wife, Kieu Ngoc Phan, 23, before he drove the family van to the top of the two-lane bridge on Jan. 7, 2008 and tossed the children into the cold Mississippi Sound 80 feet below.

The bodies of the four children - Hannah Luong, 2, Ryan Phan, 3, Lindsey Luong, 1, and Danny Luong, 4 months - were recovered from waters off the coasts of Alabama, Mississippi and Louisiana during a search that involved hundreds of volunteers in aircraft, boats and on foot.

Luong came to the U.S. from Vietnam when he was 14. The family was living near the fishing village of Bayou La Batre at the time of the deaths.

Kam Phengsisomboun, who has served as spokesman for the family of the mother, said they had no comment. But he told The Associated Press in an interview last week that the death penalty "would be too easy" for Luong.

"Let him suffer in prison for what he did to the kids," he said.

Tyson has said he would recommend a death sentence if Luong is convicted.

U.S. immigration records indicate that Luong, the son of a Vietnamese woman and a U.S. serviceman, gained legal permanent residence status as a refugee, but never became a U.S. citizen.

Luong, a shrimp industry worker who had been arrested on cocaine possession charges in 1997 and 2000, moved his family to Hinesville, Ga., after Hurricane Katrina flooded the family's home in 2005. The family had returned to the bayou, moving into the home of the wife's mother, only a month before the bridge deaths.

Luong initially reported the children missing, saying he had given them to his girlfriend, living in a hotel In Gulfport, Miss., and that she failed to return them. Prosecutors said he later broke down and confessed when the story didn't add up, but Luong said he was harassed into making a false confession.

In a capital murder trial that follows a guilty plea, the prosecution presents its case for the jury, usually with little involvement by the defense. Capital murder convictions are automatically appealed for higher court review.