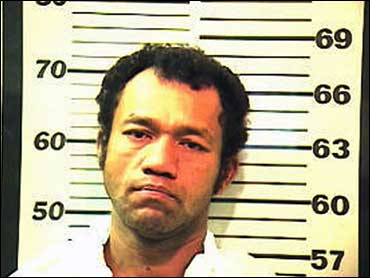 A Vietnamese man was convicted of murder Thursday for throwing four young children to their deaths from a coastal Alabama bridge last year, with the jury needing only 40 minutes to reach a verdict.

Lam Luong, the 38-year-old defendant who emigrated from Vietnam as a teenager, presented no defense witnesses during the week's proceedings and declined to speak at his trial in Mobile.

Prosecutors charged that Luong threw the four children - ages 4 months to 3 years - from the top of an 80-foot-high span of a Gulf coast bridge on Jan. 7, 2008, after an argument with his common-law wife, Kieu Phan. Three of the children were his and the fourth was his wife's with another man.

Luong was convicted of five counts of capital murder, one for each victim and one additionally because the victims were children. Following the convictions, the jury is scheduled to return Friday to recommend either death or life without parole in the penalty phase. The judge is not required to abide by the jury's recommendation.

Luong, a part-time shrimper, acknowledged killing the children in one statement while in custody, according to authorities. But officials said he later recanted to police, reverting to his initial story that an Asian woman named Kim had taken the children.

He also entered a guilty plea at a hearing before the trial and said he wanted to die, but later retracted that plea.

Luong stood accused of throwing Hannah Luong, 2, Ryan Phan, 3, Lindsey Luong, 1, and Danny Luong, 4 months, into the Mississippi Sound. The four tiny bodies were recovered from waters off the Gulf coast last year after a search involving hundreds of volunteers using boats, aircraft and scouring the shoreline on foot.

Defense attorney Greg Hughes said Thursday that the defendant was on drugs at the time and urged the jury to return a reduced charge of manslaughter.

In his closing arguments, District Attorney John Tyson urged jurors to convict Luong of capital murder. He said the defendant was not intoxicated at the time and committed a "vengeful, spiteful crime" against his family.

Phan, 23, told jurors Monday that her common-law husband laughed when he told her that the children - while still reported missing - would never be found.

"He kept laughing," she said, bursting into tears when color photographs of the children were flashed on a screen.

Phan, whose testimony in Vietnamese was interpreted by a translator, said Luong at first told her he had left the children with a woman.

Days later, when his story came under scrutiny and he was taken into custody, Luong had officers bring Phan to his jail cell to tell her: "They are all dead," according to her testimony.

"No way that we can find the children," she said he told her. "He kept laughing." She fell to her knees and cried, police testified.