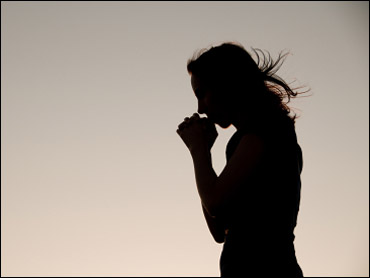 (iStockphoto)
OREGON CITY, Ore. (CBS/AP) Carl and Raylene Worthington, parents of a 15-month old daughter, Ava, put their faith in spiritual healing, when their child got sick. Now the couple is on trial for manslaughter and criminal mistreatment for the infant's death.

Carl Brent Worthington testified Friday that in the hours before his daughter died of pneumonia, he didn't lose his faith, which he called a gift from God.

But Worthington wouldn't say whether he would have done anything differently or taken the 15-month-old to a doctor last year.

"That's an impossible question to answer because I wasn't faced with that," he told prosecutor Greg Horner. "It's possible someone could lose their faith and take their child in."

"If I don't have the faith, that's where I would have been, taking her in," he said. 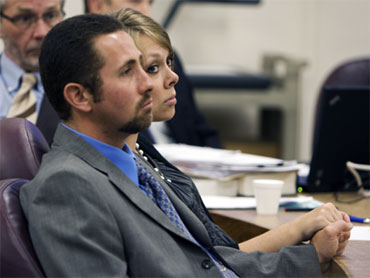 If convicted on the manslaughter charges, the couple faces up to 10 years in prison. It is the first such case brought under a 1999 Oregon law that bars a religious defense in most abuse cases.

The Worthingtons have argued that Ava appeared to be a healthy child suffering from a seasonal cold and never seemed in jeopardy until she died of a fast-moving infection on the night of March 2.

Worthington sobbed as he described how he and others were convinced Ava was better, so they were in the kitchen breaking a fast undertaken as part of the faith-healing. But from down the hall came a cry, he said, and he went to the bedroom to find Ava dead.

Prosecutor Horner suggested that family and friends undertook exceptional efforts in Ava's last hours that they now are downplaying. The prosecution contends the girl died of a long-standing condition, a mass on her neck that grew so large it impeded her breathing and damaged her respiratory system, allowing pneumonia and infection to take hold.

Worthington said that the family and church members who gathered at the home drew on all of their faith-healing practices: annointing the girl with oil, giving her a dab of wine with water, calling church members for prayers, fasting and praying over the girl three times in the 24 hours. 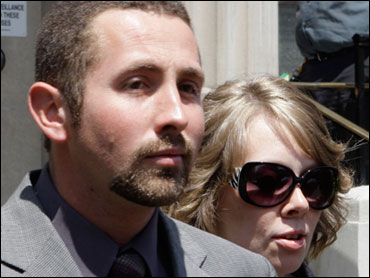 The Worthingtons are members of the small Oregon City church, which advocates spiritual healing instead of medical care. It was the focus of an investigation a decade ago after a series of child deaths, resulting in the change to state law limiting exemptions from prosecution in faith healing deaths.

Horner questioned Worthington about what he told police after the death, saying the interviews painted a more serious picture of the girl's condition than did his trial testimony.

Despite testimony from doctors that the girl could have been saved with medical attention shortly before her death, Worthington said he had heard nothing at the trial that proved she would have been helped.

When asked why he didn't know about his daughter's pneumonia and infection, Worthington replied: "Because I'm not a doctor, I guess."

At an earlier hearing, the judge said the key in the Worthington case was the failure to provide medical care when there is a "compelling state interest" in protecting the health of children.

Worthington also testified Friday that at the insistence of Oregon child welfare officials, his surviving older daughter did get a medical exam after Ava's death.

It showed the elder daughter healthy, he said, and the exam was done because state officials, who could take custody of the child, left the parents little choice.