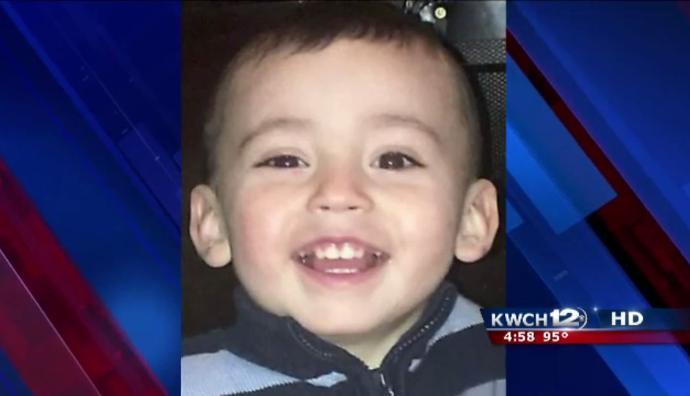 WICHITA, Kan. — A Kansas father who has been searching for his missing child is waiting to learn the identity of a toddler found encased in concrete Saturday, reports CBS affiliate KWCH.

The body of the 3-year-old was discovered in a Wichita home by the landlord, who noticed an odor emanating from what police have described as a concrete structure, and which a neighbor described to KWCH as looking like a small coffin.

The residents of the house, Miranda Miller and Stephen Bodine, are currently being held in Sedgwick County Jail on charges related to a child custody case. They were arrested last week prior to the discovery of the body.

Miller's son, Even Brewer, has been missing since at least early July, according to flyers that had been posted around the couple's neighborhood. An attorney for Evan Brewer's father, Carlo Brewer, says Evan was living with his mother, Miller, and Bodine, her boyfriend, at the time of his disappearance.

Carlo Brewer's attorney says the father is anxiously waiting for the Sedgwick County Medical Examiner to identify the child's body.

Court documents show Carlo Brewer tried to get a court order to protect Evan from Bodine in July.