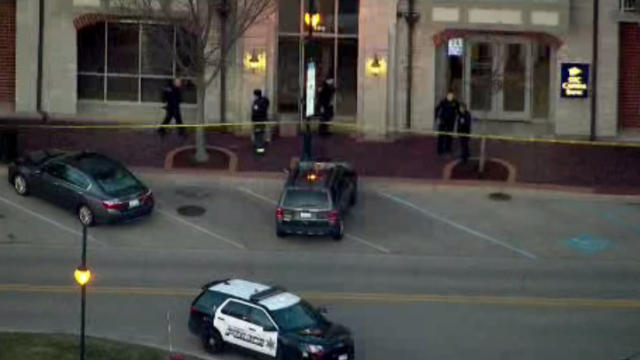 ST. CHARLES, Ill. -- Police say three people killed in a shooting in the Chicago suburb of St. Charles were a father and teenage twin daughters. The mother also was shot and is hospitalized in stable condition.

St. Charles Police responded to a luxury condominium complex Friday after receiving a call around 5 p.m. from someone inside the home and reports of gunshots from neighbors.

Deputy Chief David Kintz said Saturday those who died were identified as Brittany and Tiffany Coffland, both age 16, and 48-year-old Randall R. Coffland. The mother, 46-year-old Anjum Coffland, remains at a local hopsital.

Kintz says Anjum and Randall Coffland were married but living separately. He says police responded to the home last month for a report of domestic trouble but nothing physical was reported during that incident. Police said a preliminary investigation suggests the shooting was an incident of domestic violence, CBS Chicago reports.

Police are investigating but do not believe there is any danger to the public.

Grief-stricken teenagers sat around candles and flowers near the scene late Friday night, holding a vigil in the cold, the Chicago Sun-Times reports.

A sign posted above a memorial that soon sprang up outside the condo building said crisis teams are available for anyone who may need assistance after “the tragedy in our community,” CBS Chicago reports. St. Charles School District 303 announced that there would be a crisis team available at St. Charles East High School Saturday for community members who need help in the wake of the shooting.

“Being the close-knit community we are, an incident of this nature has impact beyond the immediate family–we think about and pray for the extended family which includes relatives, high school students and other friends,” he added. “We also pray for the greater community, all of us, that we will stand tall and provide calm and peace at such a tragic moment.”