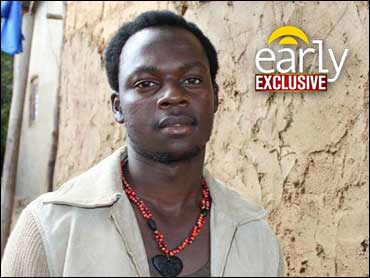 A Malawian man claiming to be the biological father of a four-year-old girl Madonna hopes to adopt says he's opposed to it.

Malawi's highest court began deliberating on Madonna's bid to adopt the girl from the poor southern African country, as a dispute erupted over whether the man trying to stop the proceedings, James Kambewa, is the girl's father.

Madonna wasn't at Monday's closed-door hearing at the Malawi Supreme Court of Appeal, and a ruling may not be announced for several days.

The 50-year-old pop star is fighting a lower court's decision that she cannot adopt Chifundo "Mercy" James because she hadn't been screened over time by Malawi authorities. The court said the rules were bent when Madonna adopted her son David from Malawi last year.

Madonna's Malawian lawyer, Alan Chinula, said he was "hopeful" the appeal would succeed, and argued the lower court had relied on outdated law to block the girl's adoption.

Madonna found the girl in 2006 at Kondanani Children's Village, an orphanage in the southern town of Bvumbwe just south of the commercial capital of Blantyre. It was the same year she adopted David, whom she found at another orphanage in the central Mchinji district.

In an Early Show world exclusive, Kambewa tells correspondent Priya David, "I do not want my baby to be adopted because I want to take care of her and I'm capable to take care of my baby. ... Mercy, she is a Malawian -- so (I) need her to grow as a Malawian, as well with our culture."

David, reporting from outside the courthouse Monday, said it appears the court is focusing more on Madonna than on Kambewa's assetions.

Kambewa, 24, wears a heart-shaped necklace he made bearing Mercy's name. He tells David he's never held or even met her, and says he's only seen her "in newspapers and TV, not face-to-face."

He says he misses Mercy's mother, his girlfriend when Mercy was born, "a lot."

Kambewa says he had no money to marry Mercy's mother and, six months after she became pregnant, he had to move to live with extended family, hundreds of miles away.

That's where, he says, he eventually received a letter that broke his heart.

Speaking through a translator, he told David, "The letter said my girlfriend and my daughter have passed away during childbirth. This was the toughest point in my life."

In fact, family members tell David that, while Mercy's mom died shortly after giving birth, Mercy lived and was raised by her grandmother for several months before being turned over to an orphanage.

Kambewa says he only learned the truth a month ago, when reporters covering Madonna's adoption case tracked him down.

He says he wants to bring Mercy home and be the father she never had.

The interview is part of a three-part Early Show series about Madonna's adoption efforts.

Madonna spokesperson Liz Rosenberg gave The Early Show a statement saying, "There is no evidence whatsoever that this man is the father of Mercy. ... This is a story created by the media that has no influence on the ultimate ruling regarding Madonna's appeal for custody. No family member has ever come forward to claim this child. And now some man appears out of a clear blue sky claiming to be the father."

The brother of the girl's mother told The Associated Press the family doesn't know Kambewa.

"How can he claim he is the father when he hasn't been around all this time?" said Peter Baneti, who explained that the girl was put in the orphanage because there was no one to breast-feed the baby.

Baneti said he had agreed to the adoption on behalf of the family, and that Kambewa was "just an opportunist."

Lucy Chekechiwa, Mercy's maternal grandmother, says she remains conflicted about the matter, telling David the orphanage has been determined. "I did not want my granddaughter to be adopted," she says, "but, because they have been persistent enough, I have been forced to let my granddaughter go."

In the town where Mercy spent her earliest months, her grandmother told David she makes about $2 a day selling vegetables, and takes care of six other grandchildren.

She said through a translator she thought the orphanage would help lighten her load until mercy was old enough to go to school. "When I got Mercy into the orphanage, the discussion that we had was that after 6 years I would be able to get Mercy back into the community, so that she could be integrated back."

She says it was the orphanage that recently persuaded her to give Mercy up for adoption so she could be given a better education.

But Mercy's grandmother expressed several times to David that she expects Mercy to visit often and return home to live in Malawi when she finishes school. "This is her place," she said through a translator. "She must come here and stay. When everybody grows old, they come to stay. And I think, when Mercy grows up, she will have to build a house here. That's the way she's supposed to (be) -- come and stay."

Malawi requires prospective parents to live there 18 to 24 months while child welfare authorities assess their suitability. That rule wasn't applied when Madonna was allowed to take David to London in 2006.

The judge in a lower court said Madonna's previous adoption was the only case in which the residency requirement had been waived, and said she was concerned that doing so again could set a precedent that could jeopardize children.

The judge said she wasn't questioning Madonna's intentions, and praised the work the singer's charity has done to feed, educate and provide medical care for Malawi's orphans.

Madonna recently told a newspaper in Malawi that she wants to educate Mercy and empower her to help people in Malawi.

"I want to provide Mercy with a home, a loving family environment and the best education and health care possible," she said in an e-mailed response to questions from the Nation. "And it's my hope that she, like David, will one day return to Malawi and help the people of their country."

How to Persuade People in 90 Seconds or Less