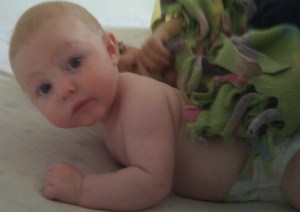 (CBS/AP) LUDINGTON, Mich. - Sean Phillips, 23, has been charged with killing his infant daughter who disappeared more than two years ago, prosecutors said Friday.

Phillips was convicted last year of unlawful imprisonment in the disappearance of Katherine Phillips. She was 4 1/2 months old when last seen in the Ludington area, about 80 miles northwest of Grand Rapids.

Prosecutors said Sean Phillips took the baby from her mother, Ariel Courtland, because he feared a court-ordered paternity test would show he was the father. CBS Detroit reports Courtland said Phillips wanted to put Katherine up for adoption, but she refused. He received a sentence of 10 to 15 years in prison and is appealing.

Investigators said previously that seeds and other material on Phillips' shoes could be crucial to locating a body.

Spaniola said Friday that since Phillips' conviction on the related charge, detectives have spent "countless hours" on the case.

"This continuing investigation has included review of biological evidence, site visits, and the enlistment of experts from all over the world who are preeminent in their fields," Spaniola said.

Ludington city police and the Mason County Sheriff's Department worked on the case with help from the Michigan State Police and the FBI.

The open murder charge means a jury can consider both first- and second-degree murder.