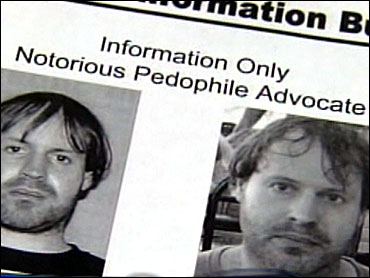 Jack McClellan says he likes to look at very young girls, but has never sexually touched a child.

"(It's) the ambiance of children that I enjoy," he said.

Two months ago McClellan, 45, was basically run out of Washington state when word got out about his Web site, which promotes the acceptance of touching between men and prepubescent girls, reports CBS News correspondent Bianca Solorzano.

His site shows events and places to go for men to meet children. McClellan has since moved to his native California, claiming it's full of kid-friendly attractions. He takes pictures of girls he sees in public and posts them on his Web site and writes about admiring "the little cuties."

Even still, he says: "I don't think any child should be touched sexually or non-sexually against their will."

Father of two Ron Tebo created a Web site called jackmcclellan.com to counter McClellan's site after he heard about it on the news. He provides links as well as other information to help parents fight against pedophilia.

"Basically I'm informing parents about Mr. McClellan, his actions, where his location, where he's about. Also there's a photo on my Web site that parents can download and pass out throughout the community," Tebo told The Early Show co-anchor Julie Chen.

Tebo's motivation to fight against McLellen is deeply personal. He was abused by a neighbor when he was just 6-years-old. He also has children of his own that he wants to protect.

"In a way, Jack has inspired me in a weird way, because if it were — if were not for Jack, my Web site would not exist," he said. "Parents are really taking note to what's happening out there. We cannot wait for these law breakers to motivate our lawmakers. Something needs to be done today. Child abuse is out of control. The media has the control right now to stop it."

Tebo contacted McClellan via e-mail and has had several e-mail conversations with him. He found that McClellan is basically living off his Social Security Income and using it to fund his site.

It may seem strange that McClellan has come forward with what's usually such a hidden topic, but he has a clean record.

Retired Los Angeles police Det. Bill Dworin considers McClellan a threat to children, but at this point says he has not done anything illegal. But that's little comfort for many parents in McClellan's area now banning together — furious and afraid for their children.

"He basically tells me that he's searching the area for LGs, which is an acronym for 'little girls,' " Tebo said. "He's made admissions that I can't speak about right now because we are on national TV and there are children watching. And they're very disturbing and appalling, and I think Jack is a threat, just because Jack hasn't crossed a line doesn't mean that Jack has not abused."

McClellan lives out of his Ford Escort in and around Los Angeles and travels from town to town, Tebo said. Sometimes he lives out of a motel and has even asked people if he can pitch a tent in their backyards.

According to Tebo, McClellan is rating areas according to where the best "LGs" can be found .

"Maybe the park on the west side has a three star, the park on the east side has a two star," Tebo said. "And basically it's disturbing that other pedophiles can see this information on his Web site and go to these places, these public places, and find these young, innocent little girls." 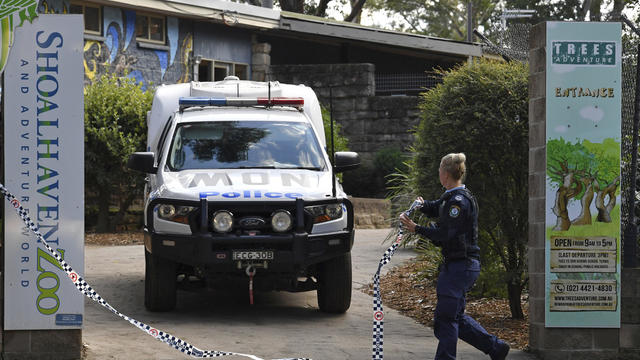