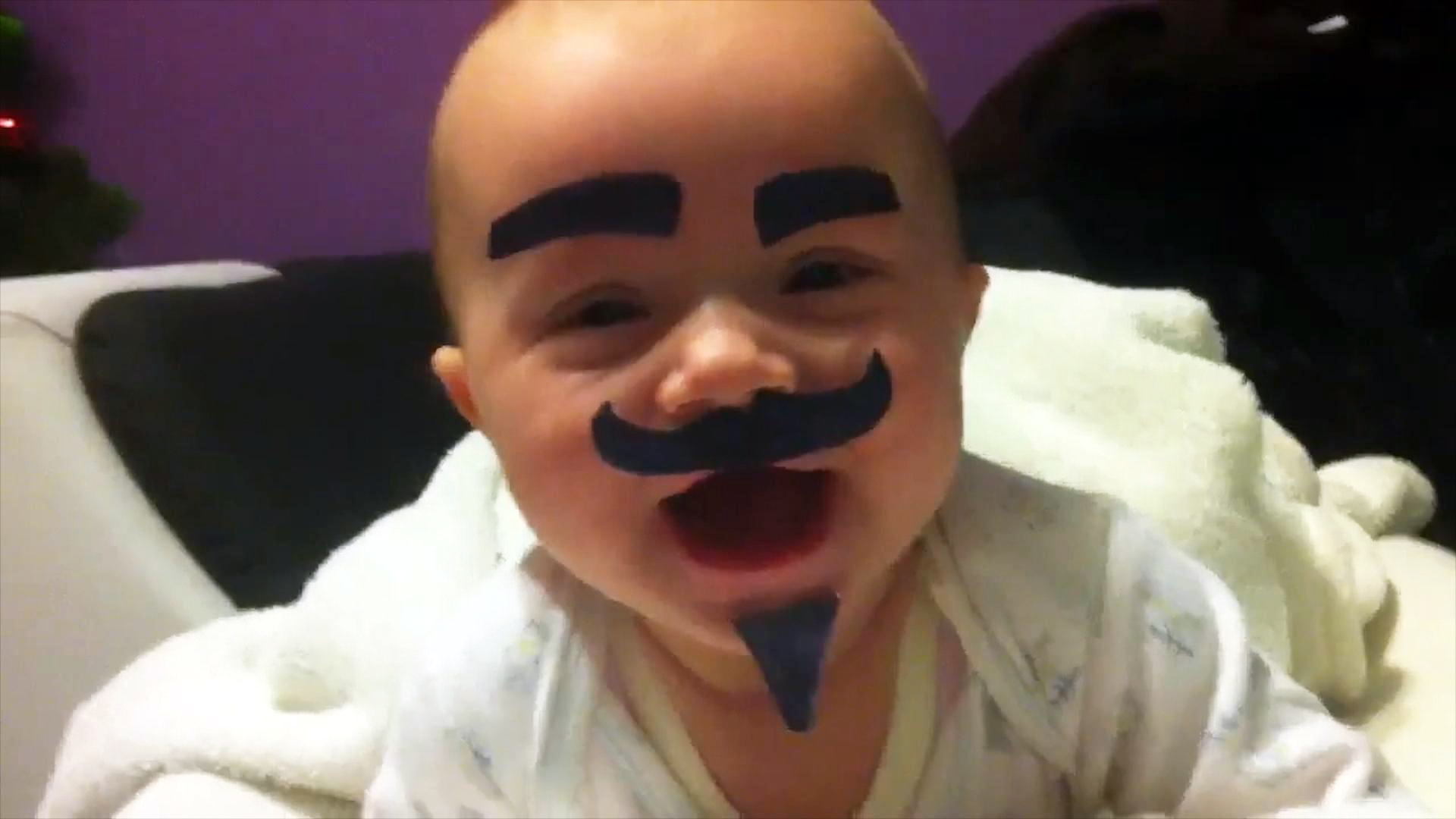 This week's most popular viral videos include a baby's first facial hair, watching a puppy grow up, YouTube's year in rewind, a motorcycle on a roller coaster, a magician tricking his way out of a speeding ticket and a police department spreading some holiday cheer.

First up, Perfect Daddy shows off the funny things he does when his wife leaves him alone to take care of their baby.

With 2014 coming to a close, YouTube Spotlight continues in its annual tradition of creating a rewind video of all the year's viral sensations. From the endless ALS Ice Bucket Challenges to the world's obsession with Frozen, celebrities and YouTube stars mix it up together in this wonderful year-ender.

In this video from Red Bull, Julien Dupont takes his trials motorcycle for a spin on the dangerous twists, turns and drops of a wooden roller coaster in Mexico City. Of course, he adds some wheelies and backflips, just incase he wasn't putting his life in enough danger.

When magician Steven Brundage was pulled over for speeding, the police inquired about a bunch of playing cards in his car. Brundage told them about his magical talents, and the officers asked him for an example, resulting in this entertaining video.

And, officers with the Lowell Police Department in Michigan decided that this holiday season they would spread some cheer in lieu of citations. They capture the execution of their whole elaborate plan in this heartwarming video.