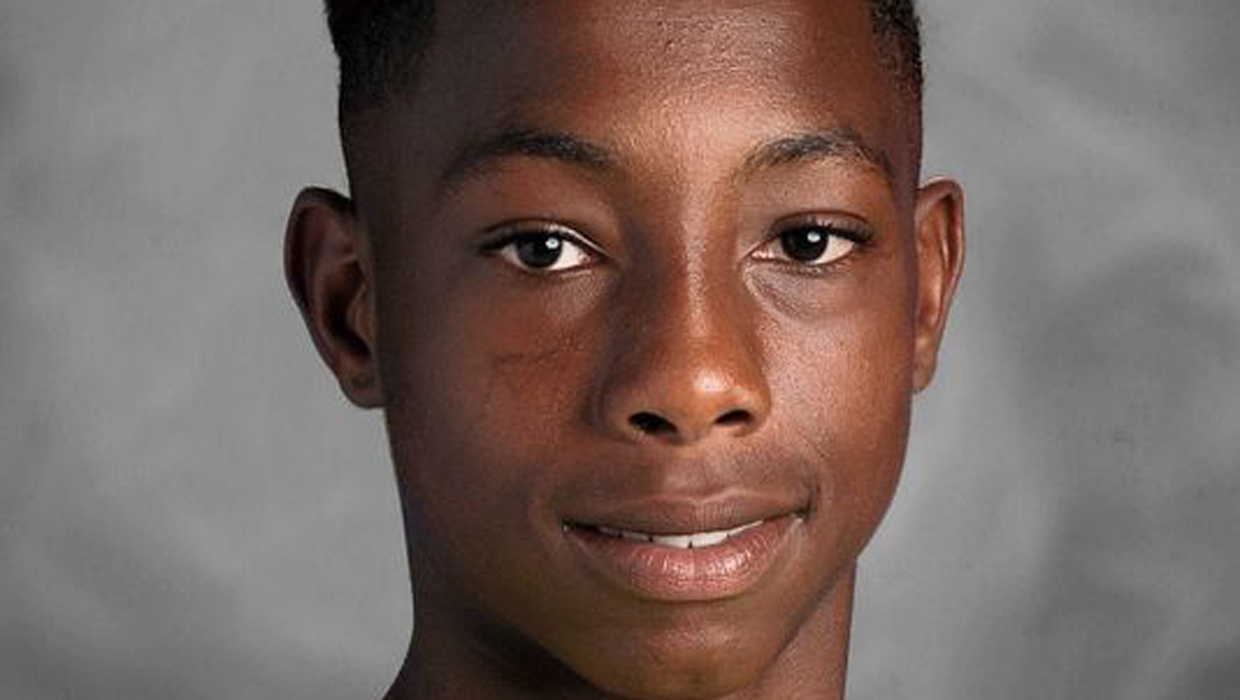 TAMPA BAY, Fla. -- A 14-year-old boy who witnessed a stabbing last year and survived being shot at five times just months later was killed in a drive-by shooting in Tampa over the weekend, and his father believes he was killed for cooperating with police in prior incidents.

Authorities responding to a 911 call reporting a shooting outside of Woodlawn Terrace Park at around 4:20 p.m. on Sunday found 14-year-old Edward Harris IV with a gunshot wound. He was transported to a hospital where he was pronounced dead.

Police later released surveillance video of a four-door silver or grey vehicle wanted in connection with the shooting. Authorities said they were also working to identify the driver of an orange or red car seen in the video.

Andrea Davis, a spokesperson for the Tampa Police Department, told 48 Hours' Crimesider on Tuesday that authorities had located both vehicles, but no arrests had been made.

Police say the victim's friends were present at the time of the shooting but left the scene prior to authorities' arrival. Detectives said they also were working to interview those eyewitnesses to obtain their account of the shooting.

Davis told Crimesider that in October 2014, Harris was a witness to a fight in which someone stabbed another person. In that case, an arrest was made. Davis said she could not say whether Harris cooperated with police in that incident.

She did, however, confirm that months later, in January of this year, Harris was a victim of an armed robbery in which two men robbed him of his hat at gunpoint while he was playing basketball at a community center in Tampa. An arrest was also made in that case.

Three months later, in April, Harris was shot at five times but was not hit, Davis said. An arrest was also made in that incident and that person is still in custody, according to Davis.

Davis said that there is no information as of yet that any of the prior incidents are related to Harris' death.

She said although people are speculating that he was "retaliated against due to any cooperation with police," there is no information to indicate that. She said it's "very likely another motive," but police are "looking at all possibilities."

Harris' father told CBS affiliate WTSP that his son was a good kid who liked playing basketball and wasn't involved in any gangs.

The victim's brother, DeMarcus Harris, told the station the boy was looking forward to attending high school and playing football and basketball there.

A $3,000 cash reward is being offered for information leading to an arrest and conviction in Harris' death. Tips can be provided to Crime Stoppers at 1-800-873-8477.