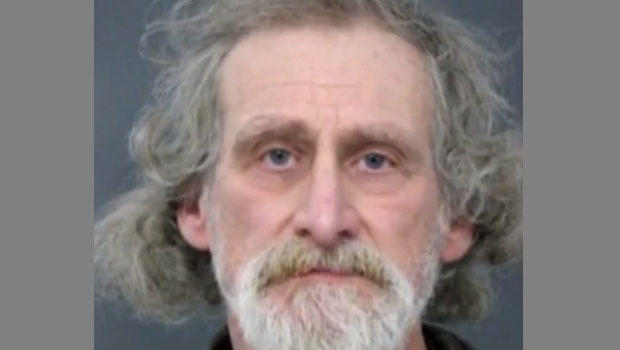 DOYLESTOWN, Pa. -- Authorities have filed child sex abuse charges against a suburban Philadelphia man they allege may have been responsible for assaults dating back decades.

Authorities allege that Thomas, a trailer park handyman and subcontractor, had what they called “a perverse shrine to his criminal behavior” at his mobile home in a Morrisville trailer park that included child pornography.  Weintraub says investigators found more than 1,000 pairs of little girls’ underwear “displayed” throughout the home, according to CBS Philadelphia.

“The human race hasn’t come up with words to describe what we saw in that trailer. This is a parent’s worst nightmare,” Lt. Henry Ward of the Falls Township Police Department told reporters.

According to CBS Philadelphia, Bucks County authorities and Falls Township police began investigating in November when a contractor found a piece of plywood in a vacant home in Thomas’ trailer park, on which was a hand-written description of an assault of two girls, ages 3 and 6-and-a-half or 7. They were identified by name, according to prosecutors.

It was connected back to Thomas, who had done work on the trailer in the past.

Authorities made other disturbing finds in the home which took days to process, according to the District Attorney’s office, including walls and ceilings with photos of naked, mostly pre-pubescent children and writings detailing sex assaults on children. The children Thomas is charged with assaulting were named in the writings, an affidavit says.

“This man was a trophy collector and creator of monumental proportion. He was a historian. He historically recorded all of his conquests,” Weintraub said.

Weintraub says the victims they are aware of are between ages 2 and 10. But the “trophies” indicate there could be many more, the station reports. More charges are likely, prosecutors say. The district attorney says Thomas is accused of incidents that took place over the last 20 years, but they say “potentially incriminating” items in his home could date back as far as four decades.

Investigators found some writings that named children who haven’t been identified by authorities, and that described “molesting” children as young as 3 when Thomas was in his 20s – which would have been in the 1970s, according to the affidavit.

“I fear we may never know the scope of this man’s predation,” Weintraub said.

Thomas allegedly admitted to some assaults, reports the station. He ran a business called Thomas Construction, which authorities believe allowed him to access to hundreds of homes and enabled him to identify and abuse his victims. Investigators say he indicated he would steal the underwear when he did work in homes, and then would stalk the victims, the station reports.

Thomas has lived for about 10 years in the trailer park where police allege some of the assaults occurred, the district attorney’s office said.

Thomas has not yet entered a plea. He is being represented by the Bucks County Public Defender’s office, which didn’t immediately return a call for comment.

Weintraub says Thomas, if convicted, would face more than a lifetime behind bars.

Officials are asking any other potential victims or anyone with more information to come forward to Falls Township police at 215-302-3315 or Bucks County detectives at 215-340-8141.