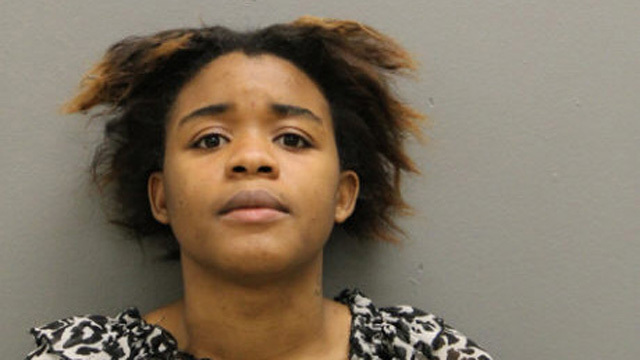 Jazmine Jones, 18, who is pregnant, is alleged to have punched her daughter Elliana so hard on Nov. 28 that the girl died of multiple blunt force trauma, CBS Chicago reported, specifically injuries caused by a direct blow to the abdomen, according to the Cook County Medical Examiner's Office.

She is charged with child endangerment.

Assistant Cook County State's Attorney Kim Przekota said at a Wednesday bond hearing that the Illinois Department of Children and Family Services took the toddler from Jones last year but she was returned to her mother.

DCFS officials said they investigated Elliana's biological parents for abuse and neglect but didn't explain why Elliana was returned to her mother's custody.

After last month's allegedly deadly beating at Jones' boyfriend's house, the toddler was put to bed, according to Przekota, and was dead on arrival by the time she arrived at the hospital; her body temperature was 84 degrees and she was in full rigor mortis, CBS Chicago reported.

After the beating, Jones allegedly went out to buy pot, and then gave Elliana laxatives and juice, because the child appeared sick, couldn't use the bathroom, had a swollen stomach and complained about stomach pain, Przekota said.

Przekota said Jones' boyfriend said he found the child at the bottom of a staircase after the beating, according to the station, but that Jones did not want to bring her to the hospital. They also said the fall was not what killed her.