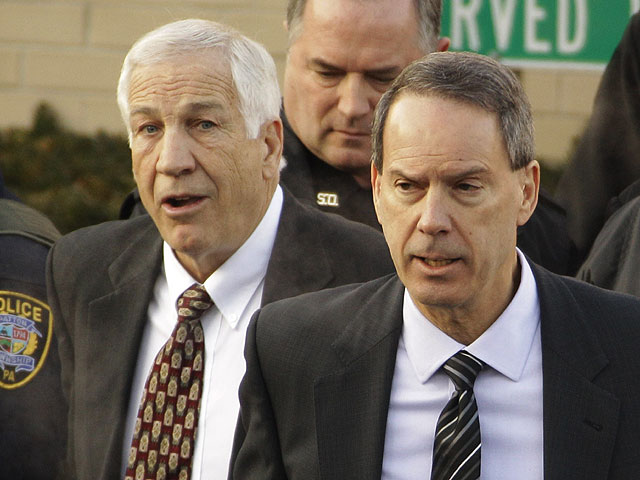 (CBS/AP) HARRISBURG, Pa. - Prosecutors in the Jerry Sandusky child sex abuse case asked the court Tuesday to have jurors brought in from another county. This was one day after court records revealed they plan to tell Sandusky the names of his 10 accusers.

"The unblinking eye of the press has been focused on a case which is without analogue or peer in the history of this commonwealth," wrote Senior Deputy Attorney General Joseph McGettigan. "Prospective jurors would face a Gordian knot of conscious and even subconscious conflicts and difficulties."

But Sandusky's attorney's said he will fight the proposal.

"Jerry's case has drawn national attention as a result of which we feel there's no better place than Centre County from which to select fair minded individuals to sit as jurors," Joe Amendola said in a statement emailed to reporters.

But McGettigan argued it would not be fair to ask people who live near Penn State to "insulate themselves" from the school.

Sandusky's defense has requested a "bill of particulars," a document from prosecutors that would include names of all the alleged victims, as well as dates and locations of the specific charges made against him. But the attorney general's office countered that the grand jury report, charging documents and discovery materials sufficiently illustrate the facts of the case.

Judge John M. Cleland has scheduled a Feb. 10 hearing to resolve the dispute and to determine whether to modify Sandusky's bail conditions. Meanwhile, Sandusky has requested permission to see and communicate with his 11 grandchildren.