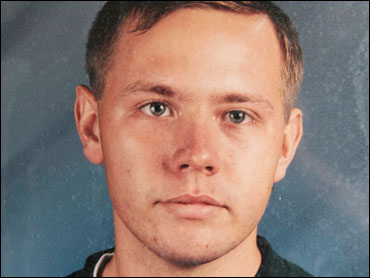 An Alabama district attorney said a gunman who killed 10 people and then himself in the worst mass shooting in the state's history was keeping a list of those "who done him wrong."

"We found a list of people he worked with, people who had done him wrong," said McAliley in a brief interview outside his mother's house where the rampage began.

The list included a Pilgrim's Pride plant near Enterprise where his mother worked. She was among the 10 victims of her son's shooting spree, and the district attorney said she had recently been laid off from the plant.

McAliley says Kelley's Foods in Elba and Reliable Metals in Samson were also on the list. McLendon had previously worked at both. Kelley's Foods says he quit his job there last week, and local officials say he was forced to resign from the metals plant in 2003.

"I've been here 30 years, this is the worst thing that's ever happened in this community," Geneva County Sheriff Greg Ward said at a news conference Wednesday morning. "We have lost friends here in our community. It's going to take a while before we can get over it."

The rampage started around 3:30 p.m. Tuesday, and took only about an hour from start to finish. In that time, McClendon sprayed more than 200 rounds, authorities said.

First, McLendon set his mother's house on fire and killed her, then drove 12 miles and opened fire on his uncle's front porch.

"He got out and just started shooting," Tom Knowles said.

"I don't want anybody to see what I saw yesterday," Knowles said, struggling to hold back tears. I still see it in my head. I couldn't sleep last night, just knowing what happened."

But as details of McLendon's background began to emerge the day after the bloodshed, authorities still didn't know what set him off. And the people who might be able to explain - his mother, his grandmother, his uncle and two cousins - were among the victims.

McLendon was briefly employed by the police department in Samson in 2003 and spent about a week and a half at the police academy, dropping out before he received firearms training, said Col. Chris Murphy, director of the Alabama Department of Public Safety. More recently, he worked nearly two years at food manufacturer and distributor Kelley Foods in Elba, about 25 miles north of where he shot most of his victims.

The company didn't specify what his position was, but said in a statement that he was a "reliable team leader" who was well liked, but quit last Wednesday.

Another employer was the Reliable Metal Products plant where he worked until 2003, when Geneva County District Attorney Kirke Adams said he was forced to resign. A co-worker there, Jerry Hysmith, echoed Kelley Foods' description, saying McClendon was shy, quiet and laid-back.

"Something had to snap," said Hysmith, 35, who lives in Samson, and worked with McClendon in 2001.

Kirke Adams, district attorney for Geneva and Dale counties, told CBS' The Early Show that the carnage could have been worse if not for the efforts of local law enforcement.

"They saved probably another 150 people there because he had more ammunition in his car and he was going over there to do some damage," Adams said Wednesday.

Ella was flown to a hospital in Pensacola and was awaiting surgery for a wound to the leg caused by either a bullet or shrapnel. She was in fair condition, authorities said.

"I cried so much yesterday, I don't have a tear left in me," said the girl's father, who did not know McClendon. "I feel like I should be able to walk in the house and my wife would be there, my baby girl climbing on me."

Myers likened the tragedy to a "war zone."

The first killed Tuesday was McClendon's mother. Authorities said he put her on an L-shaped couch, piled stuff on top of her and set her afire. He said McClendon also shot four dogs at the house.

A dozen miles away, he gunned down the other relatives and sent panicked neighbors and family fleeing and ducking behind cars. His uncle's wife, Phyllis White, sought refuge in the house of neighbor Archie Mock.

He shot more victims at random as he drove toward the metals plant where he once worked. Smith was struck down as she walked out of a gas station. Malloy was hit while driving. Starling was shot as he walked.

Greg McCullough, a contractor who lives in the town, said he was pumping fuel at the gas station when the gunman roared into the parking lot and slammed on his brakes.

"I first thought it was somebody playing," McCullough said. Then he saw the rifle. McCullough was hit in the shoulder and arm with bullet fragments that struck his truck and the pump.

(CBS)
At the Reliable plant, McClendon got out of his car and fired at police with his assault rifle, wounding Geneva Police Chief Frankie Lindsey, authorities said. He then walked inside and killed himself.

Once investigators got a look at the ammunition he was carrying, they feared the bloodshed could have been worse. "I'm convinced he went over there to kill more people. He was heavily armed," said Coffee County Sheriff Dave Sutton.

The community was still in shock Wednesday.

"This was 20-something miles of terror in my district," said State Sen. Harri Anne Smith, R-Slocomb.

One of the spots sprayed with bullets was a hardware store in Samson. Yellow tape was strung across glass windows shattered by at least five bullets. A "closed" sign was on the ground outside atop glass shards.

Tommy Boyles, a 76-year-old security guard who works at the same plant where McLendon killed himself, said he and his wife were on the street nearby when McLendon passed. They feared they could have been one of his victims.

"We could have been caught up in it just as well as anyone else," he said. "That's what scares you: to be an innocent bystander and some nut walks up with a gun."