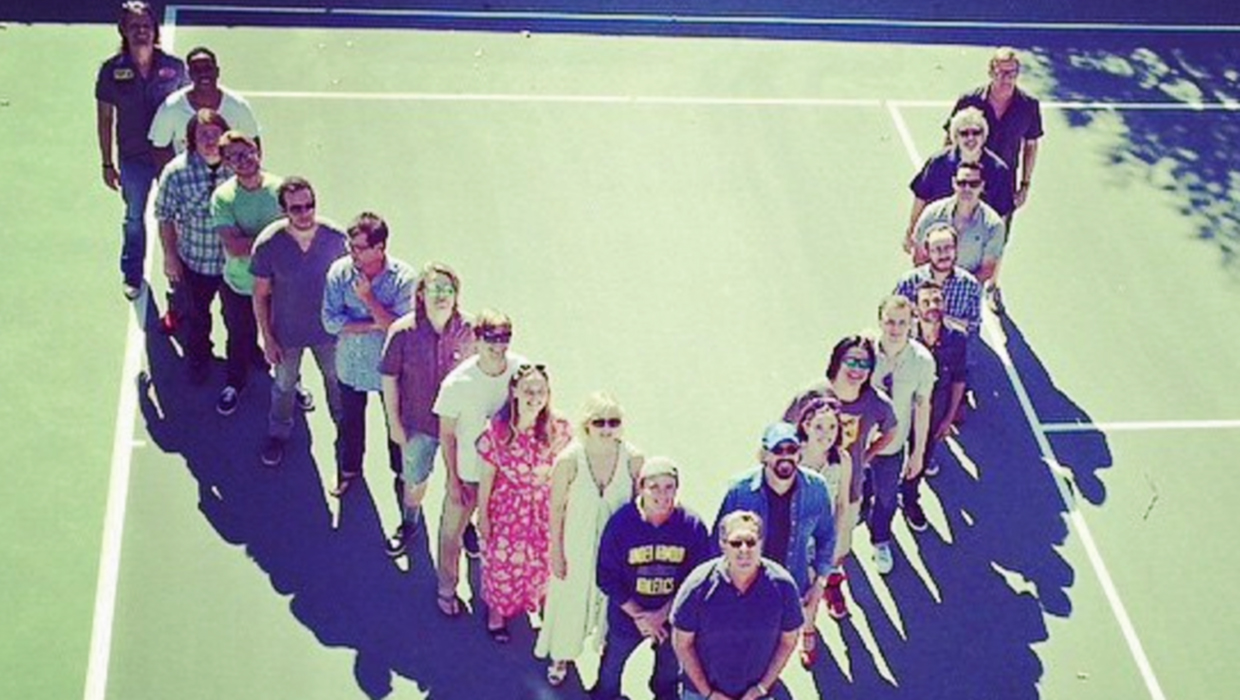 These Ducks are still flocking together.

The '90s nostalgia levels reached critical mass when cast members from 1994's "D2: The Mighty Ducks" reunited to mark two decades since the release of the Disney classic.

Shaun Weiss, Marguerite Moreau, Garette Ratliff Henson and many other cast members were spotted in social media posts about the gathering. At one point, the former child actors recreated the "Flying V" formation that their Duck characters would use during hockey games in the film.

Aside from the group shot, fans of the "Mighty Ducks" trilogy, which is fondly remembered by a generation of millennials who watched the films as children, also got to see other photos of the cast members courtesy of Moreau. She included a shot of Weiss -- who played Goldberg in all three installments -- looking noticeably slender compared to his rink days.

But, according to Jackson, fans may seem the cast fully reunited in a possible fourth installment in the series.