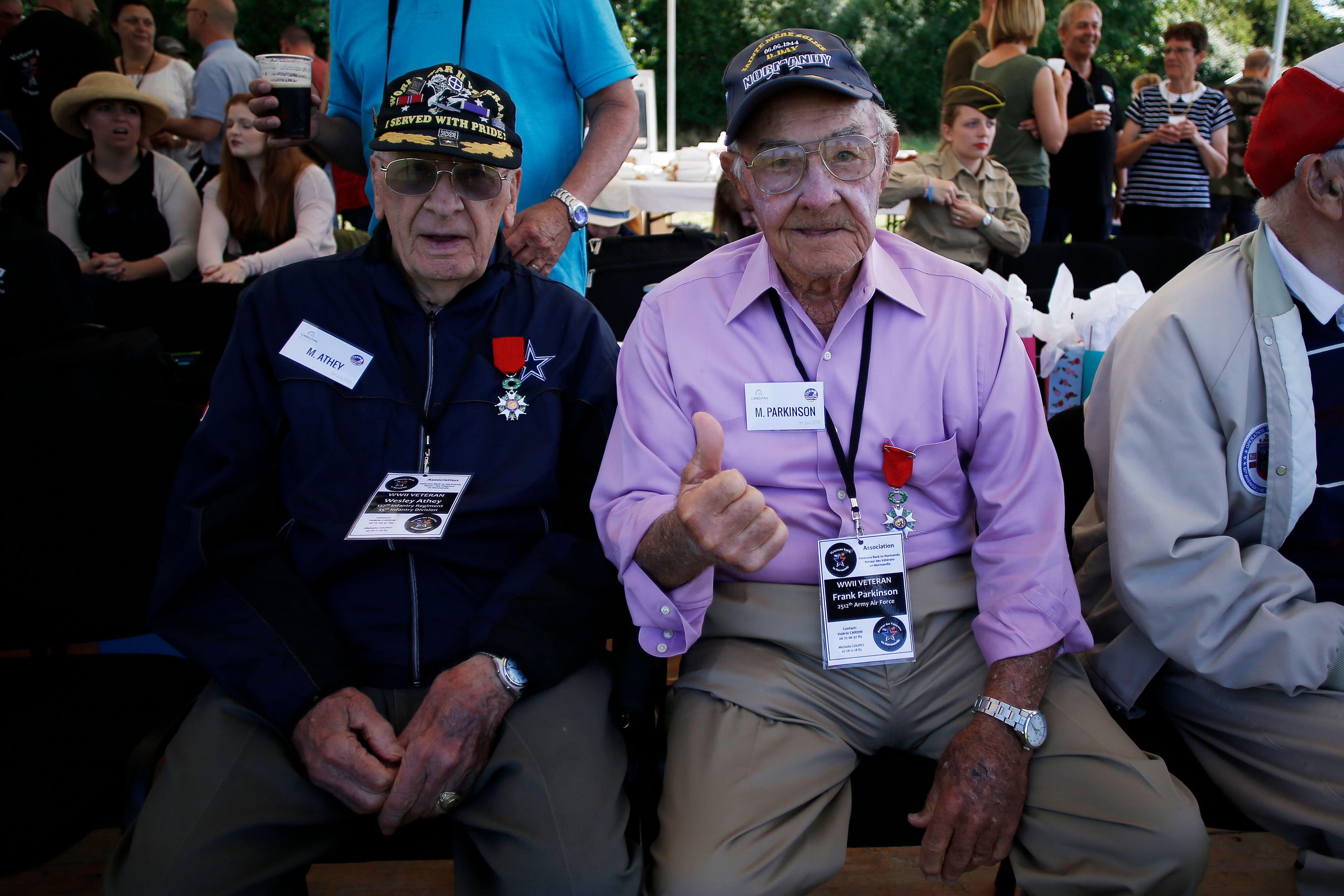 COLLEVILLE-SUR-MER, France -- U.S. and other allied troops have joined veterans of the D-Day invasion and families of fallen soldiers to mark 74 years since the massive military operation that change the course of World War II. Amid fog and wind, ceremonies were held Wednesday at the American military cemetery at Colleville-sur-Mer and along the Normandy beaches and cliffs where Allied forces landed in Nazi-occupied France.

Thousands of U.S., British, Canadian and French troops launched a combined naval, air and land assault as dawn was breaking on June 6, 1944. The invasion weakened the Nazis' hold on Western Europe after they suffered a punishing defeat in Stalingrad in the east.

Wednesday's ceremonies were relatively low-key, while bigger events are planned for the 75th anniversary next year.