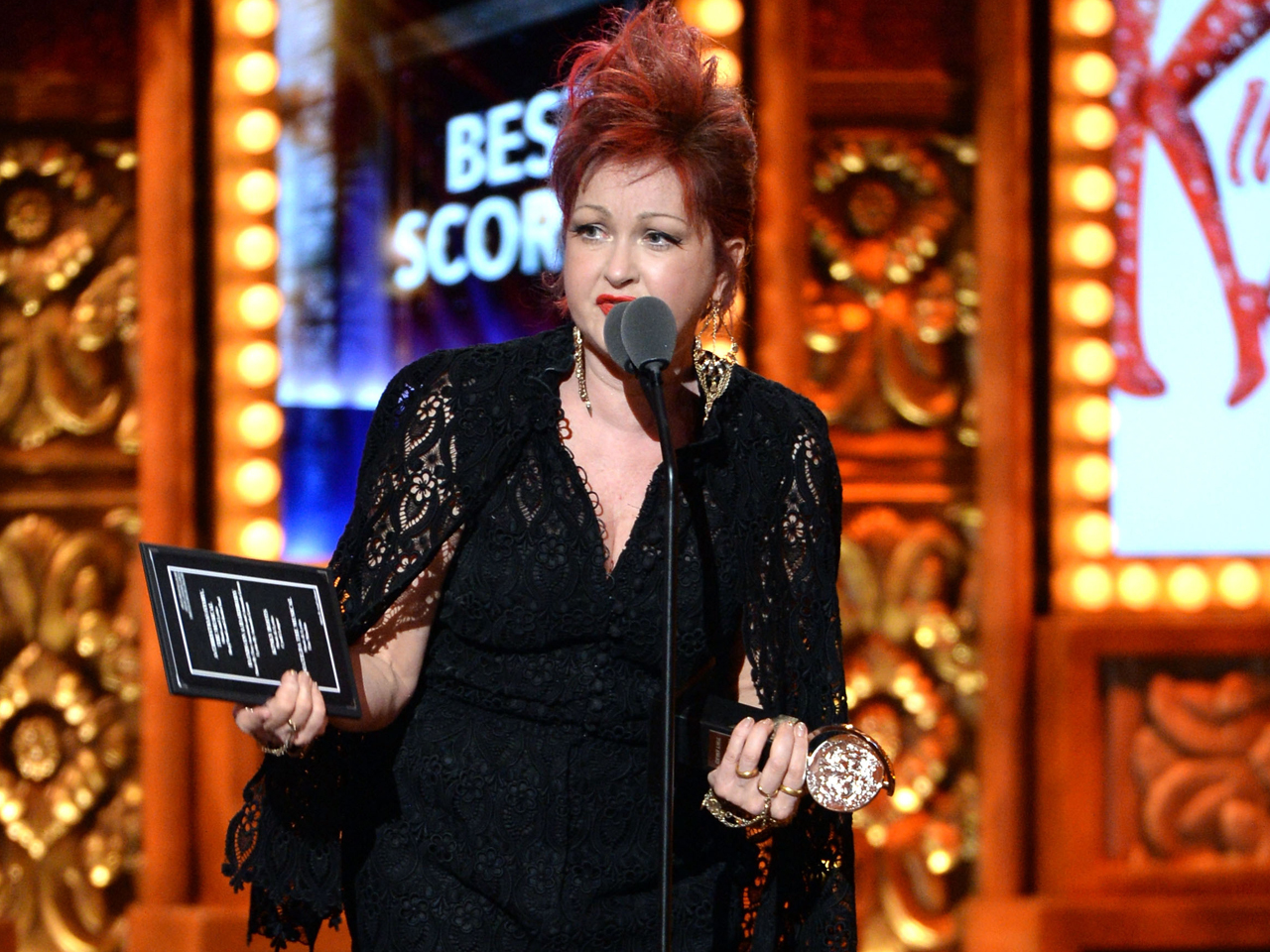 Cyndi Lauper is already an Emmy and Grammy winner. Now she can add Tony to that list. Is an Oscar next?

The "Girls Just Want to Have Fun" singer took home her first Tony award Sunday night: best original score for "Kinky Boots." Upon hearing the news, the 59-year-old singer/songwriter appeared to get emotional, fighting back tears as she made her way to the Radio City Music Hall stage.

"Girl, you're gonna have fun tonight!" presenter Jesse Tyler Ferguson declared as he and Jane Krakowski called her name. It makes her the first first woman to win best original score without a partner.

Dressed in a black lacy number, Lauper thanked her mother for introducing her to Broadway music. She added, "I want to thank Broadway for welcoming me." She also thanked her husband and son for their support.

"Kinky Boots" is based on the true story that inspired a 2005 film about a struggling shoe factory that turns to making drag queen boots. Lauper wrote both the lyrics and music for the production, and Harvey Fierstein wrote the book. "I want to thank Harvey Fierstein for calling me up. I'm so glad I was done with the dishes and answered the phone," Lauper said Sunday.

Before the gala, Lauper -- a New York native -- opened up to CBS about her nomination, praising the theater community: "I travel the world. You travel the world looking for acceptance...The fact that it was in my own backyard. I only needed to look in my own backyard. They've been very very welcoming to me. My funny hair color or if you have an oddity about you, they don't care. It's about the work. And they work hard...I don't mind. I'm not afraid of hard work."

In 1995, Lauper won an Emmy Award for her guest-starring role as Marianne on the TV sitcom, "Mad About You." She also took home the best new artist honor at the 27th Grammy Awards in 1985.