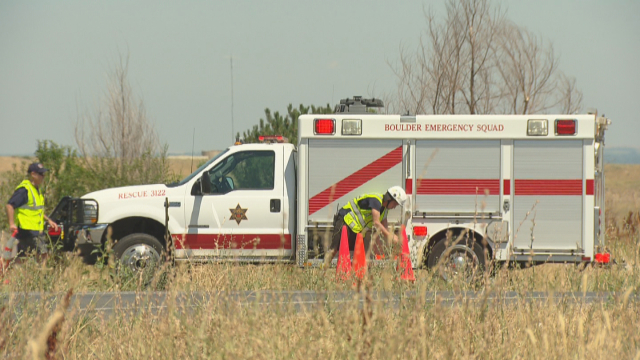 BOULDER, Colo. - A cyclist died after being struck while riding in the Ironman Triathlon in Boulder, Colorado, on Sunday morning, CBS Denver reported.

The cyclist was struck at North Foothills Highway, or Highway 36, and just north of Broadway in Boulder just after 10 a.m. on Sunday.

The cyclist was transported to Boulder Community Hospital.

Ironman submitted a statement on Sunday afternoon regarding the death.

"We are deeply saddened to confirm the death of one of our athletes at IRONMAN Boulder. We are working with the Colorado State Patrol to gather all of the details regarding the incident that occurred on State Highway 36 just north of Broadway. Our condolences go out to the athlete's family and friends, whom we will continue to support," the statement read.

Traffic was detoured around the accident northbound Hwy 36 from Broadway during the investigation.

It is unclear what led up to the accident, but the Colorado State Patrol confirmed the accident happened within the event's coned course.