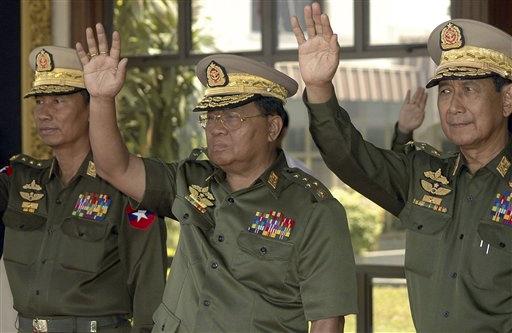 Cyber-bullying, when kids pick on other kids on the Internet, is a very real phenomenon. A recent study found more than 40 percent of students claim to have been bullied online.

Today's kids don't even know what life is like without the Internet, Storm points out. It's an integral part of their lives, for homework, entertainment, and chatting with friends.

But the downside has become apparent to many teens and pre-teens.

"I got some anonymous e-mails, probably around 300 of them, and they all had the same message on them, saying I was a whore," says Tricia, who's 15.

She suspects a former friend initiated the hateful messages. But her mother, Lisa, says there wasn't much they could do: "You can't prove who did it, you can't find out who did it, and it probably would exacerbate the problem to make something of it."

Mandy, 13, realized the same thing. But she figured out her own solution when a classmate began posting mean messages about her on a Web site.

"I used to go on it every day, and now I don't anymore, because I'd rather call my friends. …I'd rather, you know, talk to my family, play with my dogs, read a book, or go out and shop or something."

While it's easy to dismiss these stories as cases of teens being teens, the ramifications of cyber-bullying should not be underestimated.

"Other kids didn't realize that he was truly suicidal," recalls John Halligan, whose 13-year-old son, Ryan, killed himself.

Afterwards, Halligan went on Ryan's computer and found that classmates at his Vermont middle school had been taunting him for months: "It was the most painful reading that I ever had to do in my entire life. My heart just broke a thousand times over every conversation that I read."

Even Ryan's friends didn't take his Internet discussions on suicide to heart.

Ryan's parents are trying to raise awareness about cyber-bullying.

"You're concerned with how they go off to school, how they're dressed in the morning, who they hang out with. You need to apply those same parental skills in cyberspace," Halligan urges.

While cyber-bullying is increasing exponentially, so are efforts to stem the problem.

Ron Anderson is the vice president of Connect With Kids, one of a number of organizations working with schools, parents and kids to prevent online harassment.

He tells Storm it's "a very big problem. Bullying is one of the top things we see around the country, and cyber-bullying is the fastest component of bullying.

"We see it all over the place, but particularly in middle school. Adolescents are very vulnerable to this, particularly among girls."

So what can parents do to combat it?

Set guidelines for using the computer, Anderson suggests. And keep it in a family room, where parents can keep tabs on what kids have on their screens: "One of the issues with cyber-bullying or anything with the Internet or this kind of venue of communication is the privacy and secrecy. You put it in a public place and the family has more control over it. They're more involved in it."

Another key: figuring out an appropriate way to communicate with teens about cyber-bullying. Anderson says communicating is "the most important part."

Parents must be aware that cyber-bullying can happen not just in chat rooms, but via text messaging, instant messaging, and other venues. So parents should stay as informed about computers as possible.

And if your child becomes a cyber-bully's victim, you can simply "shut the thing off," Anderson points out. "You can change their e-mail name. Tell the child not to give out their information, like their password and things like that. You can close it down. But you need to know what's going on so you can do that."