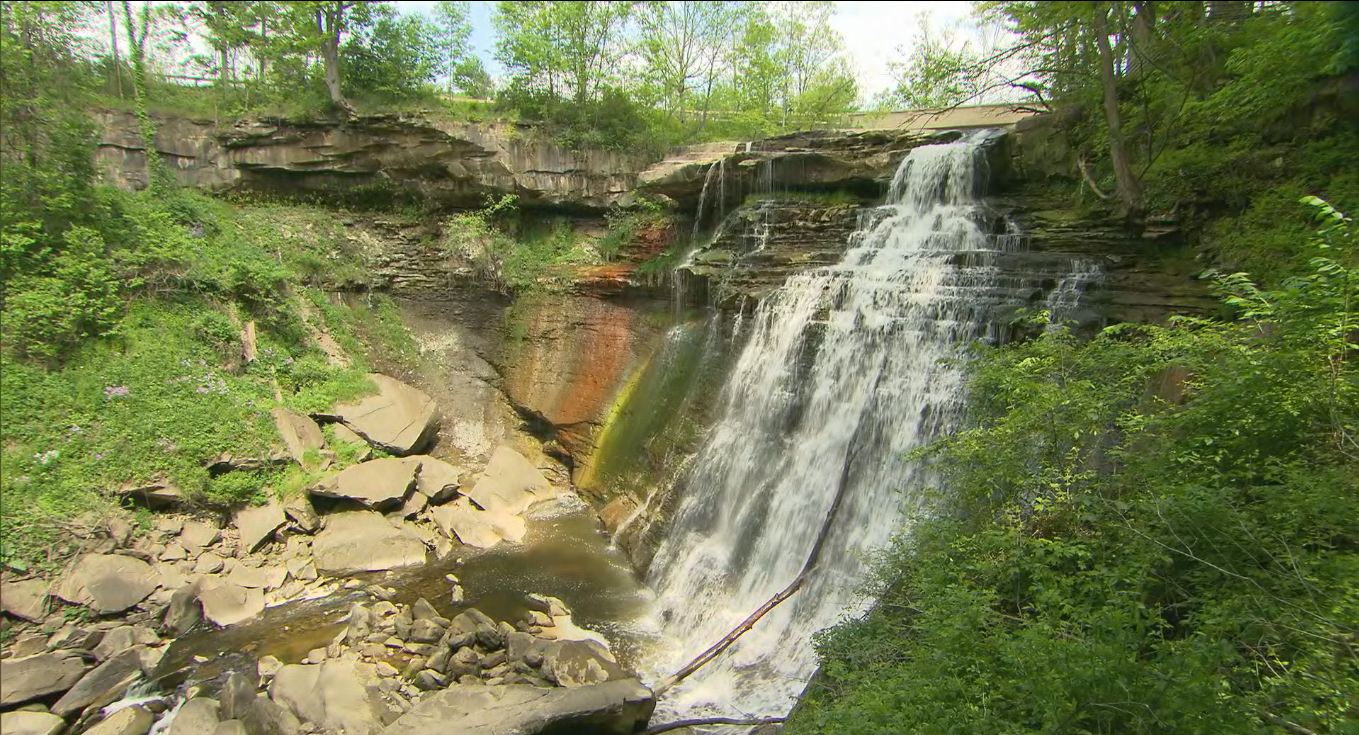 The National Park Service is celebrating 100 years of protecting and promoting America's most awe-inspiring natural resources.

When you think of national parks, you may picture the Grand Canyon or the soaring trees of Redwood National Park. But not all getaway spots are that ancient.

In the middle of Cuyahoga Valley National Park -- where the Brandywine Falls cascade and natural rock ledges carve through trails -- lies Beaver Marsh. Looking at the beauty that surrounds it, it's hard to imagine this place as a garbage dump, reports CBS News travel editor Peter Greenberg.

Peg and Rob Bobel remember this spot as a neglected landscape, all too common in the industrial region known as the Rust Belt.

"I can vaguely remember, before the beavers moved in, it was just open field where car parts had been dumped," Peg said.

The National Park Service bought the property in the 1980s and a radical transformation began.

"And then the beavers came in and built this beautiful wetland that you see right here," Rob said.

The Bobels joined a team of volunteers who cleared the growing wetlands of the remaining trash.

"We had three or four canoes," Rob said. "They were hauling them around and pulling up the junk and old car parts and there were old toilets and everything that you can imagine."

"It's amazing once you did that first move - in moving the junk out of the natural cycle - sort of takes over," Peg said.

Years later, Rob would return as the park's civil engineer, and build a boardwalk that now spans the very marsh he helped clear.

Reclamation is one of the central themes of this national park. Thirty-three-thousand acres nestled between two Ohio cities - Cleveland to the North and Akron to the South - the area was once so polluted, the Cuyahoga River caught fire.

Davis showed what looked like an ordinary meadow. But 17 years ago in this hulking arena, the Richfield Coliseum stood here abandoned, after the NBA's Cleveland Cavaliers had moved out.

"They built a grassland," Davis said.

But the biggest reclamation project has to be the former Krejci Dump site.

"Where we are standing right now was a toxic waste dump," Davis said. "We probably would have been surrounded by piles of 55-gallon drums leaking blue stuff and orange stuff, and who knows--what as far as the eye can see back to the edge of those woods."

Clean up crews worked 20 years to restore the site and it is still in the works. But today, recovery is still robust.

"If we walk out there right now, we will find thousands of tadpoles swimming in this wetland right here," Davis said.

And plants and flowers now grow in the fledgling wetlands that were once poisoned by toxic oil.

Cuyahoga Valley isn't entirely about reclamation. There are plenty of areas where natural beauty has been left virtually untouched - like we've come to expect from our national treasures. But this national park is unique in another respect.

One of the biggest surprises is that inside the park, there are nine sustainable farms, producing everything from eggs, livestock, even growing blueberries. Try finding that inside another national park - you won't.

Daniel Greenfield and his wife Michelle run Greenfield Berry Farm on land they lease from the park.

"Here, we're doing garden vegetables and berries. I'm a bee keeper as well and we get quite a bit of honey... in the middle of a national park," Daniel said.

Another cool thing is that when harvest season starts, you can pick your own.