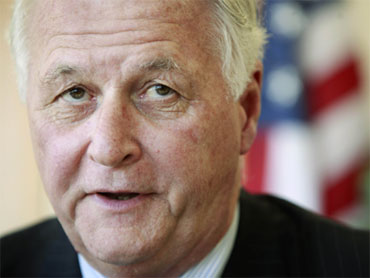 Stories about operating room mix-ups are rare, but frightening. You'll hear about a doctor who amputated the wrong foot, or a procedure being done on the wrong patient. In the hectic environment of a large hospital with many patients waiting for many procedures being done in numerous operating rooms, it's not so hard to imagine how these mistakes happens.

No one knows exactly how many wrong surgeries occur, because mistakes are reported voluntarily. It's a small percentage of the 70 million annual surgeries in the United States, but experts say the number is on the rise.

To improve the situation, guidelines requiring surgical teams to take new steps to prevent operating on the wrong patient or body part go into effect July 1. A registered nurse and president of the Association of periOperative Nurses, William Duffy talks about the issues surrounding surgical procedures, the new guidelines and the importance of patients taking an active role on Thursday's The Early Show.

Over 40 medical organizations have collaborated to help the Joint Commission on Accreditation of Healthcare Organizations teach the new guidelines to medical professionals. The agency can revoke the accreditation of facilities that don't comply. They hope the new rules will help avoid most wrong-site, wrong-procedure and wrong-patient surgeries. The idea is that if surgical teams have a mandatory system to double check basic information and patient facts, mistakes can be avoided before a patient is harmed.

Duffy makes a comparison with the old carpenter's adage "measure twice, cut once." The new rules include the surgeon marking the incision site with his or her initials in permanent marker - while the patient is awake and cooperating - and a pre-surgical "time out" where the whole operating team must stop their work and go through a checklist to ensure the correct patient is on the table, and that everyone agrees what procedure is being done and on what body part.

Duffy says many patients believe mistakes won't happen to them, and passively submit themselves to surgical procedures without question. But patients can get involved with their own surgical safety by actively participating in their own pre-surgical preparations. Patients are encouraged to say something if they're about to be anesthetized without seeing signs that the surgical team has double-checked identity and surgical site. A patient loses control when they're under during surgery, so anything they can do to control their fate and be a part of the process is important in preventing mistakes.