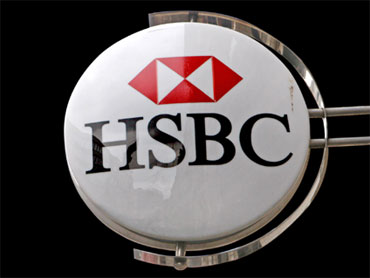 Cupping is a form of alternative pain therapy that recently left some curious marks on actress and new mom Gwyneth Paltrow. The mystery behind the circular marks on Paltrow's back is solved by Michael Gaeta, president of the Acupuncture Society of New York, who describes the therapy on The Early Show.

He demonstrates the cupping therapy on the back of one of his patients, who was lying on a treatment table.

"There are two forms of cupping therapy," Gaeta tells co-anchor Harry Smith. "Cupping therapy is a treatment in which the practitioner creates suction in a cup. And then applies that cup to the body, which then draws the skin up around the cup, under the cup."

He says, "Fire cupping uses a flame to create suction in the cup - you'll see a flame in the cup - and then, we'll apply the cup to the body."

The skin gets sucked up and rises under the cup as blood rushes up.

"Cupping brings fresh blood to the area, Gaeta says. "So it tends to improve circulation. It also helps open up the chest and benefit the lungs and can even benefit menstrual problems and digestive problems, too. Most commonly, it's used for aches and pains of various types as well as respiratory problems, cough, wheezing, things like that."

"It feels a bit strange," the patient says. "Definitely doesn't hurt. It just feels like someone's pulling at your skin."

Gaeta notes, "Cupping therapy is usually used as part of acupuncture or body work treatment. It's been part of Chinese medicine for over 2,500 years. Originally, animal horn was the original cup. The horn method is the original thing. Later on brass, ceramic, bamboo cups were used."

It looks like something out of medieval alchemy, but Gaeta says, it is just an alternate method of treatment.

He adds, "Fire cupping is the traditional, most effective method. Some practitioners choose to use the suction cup method, where you pump up the suction cup and that's it. Same kind of thing - just doesn't use flame."

There are very few conditions in which cupping should not be used, such as high fever, skin disease or tendency to bleed easily.

Each cupping session last about 10 to 15 minutes and it can be repeated, once the marks are cleared, until the problem is resolved, Gaeta says. To get a treatment, he says, seek a licensed acupuncturist.

To get a referral service from the Acupuncture Society please call 1-800-257 6876 or the National Certification Commission For Acupuncture and Oriental Medicine at 703-548-9004.