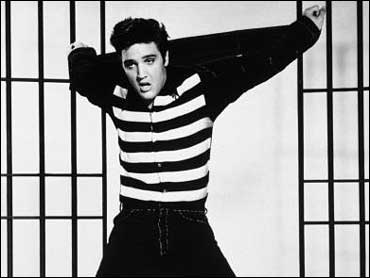 A Cold War era training film which teaches children to "duck and cover" in case of enemy attack and "Schindler's List," the Academy Award winning true story of a businessman in Nazi Germany who wound up saving the lives of thousands of Jews - are being added to the National Film Registry.

Also being preserved: an Elvis Presley film and a golden oldie starring Rin Tin Tin (for those of you who don't know: a canine movie star discovered in France during World War I who was featured in two dozen movies).

They are among 25 films selected by the Library of Congress to the registry, which now holds 400 movies.

Also on this year's list: movies starring Popeye the Sailor Man, Our Gang (nine years before Robert Blake joined the cast of the kiddie ensemble series, at the tender age of six), and dance and romance legends Ginger Rogers and Fred Astaire.

Librarian of Congress James H. Billington made the selections after evaluating nearly 1,000 titles nominated by the public and consulting staff and advisers, the library said.

"The films we choose are not necessarily the 'best' American films ever made or the most famous," Billington said in a statement. Rather, they are chosen because they have "cultural, historical or aesthetic significance."

A film's selection recognizes its place in American film and cultural history, he said.

"The registry stands among the finest summations of American cinema's wondrous first century."

This year's selections span a wide cinematic range and include both obscure and well-known movies. Among the better-known films: