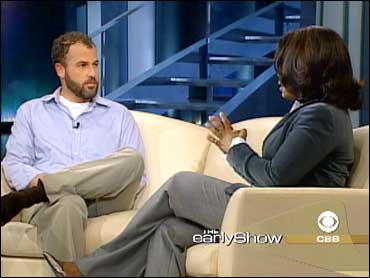 Sammy Sosa hit the ground, the ball jumped past him and poof! it disappeared, swallowed by the padding along the right-field line.

Just as quickly as the Colorado Rockies thought they had tied the Chicago Cubs in the ninth inning Saturday, they were greatly disappointed.

Umpires ruled Dante Bichette hit a ground-rule double instead of a triple. And Larry Walker, who had apparently scored, was sent back to third.

Vinny Castilla then lined out to end the game and the Cubs had a 3-2 victory, sending them 15 games over .500 for the first time since they last won a division title in 1989.

This win was a lucky one.

"I was playing back and he hit a jam shot and I dove for the ball," Sosa said. "When I got up, I tried to see where it was. I never saw it again. I raised my hand and the umpire made the call. It was a good call, it saved the game."

The Rockies acknowledged that umpires correctly followed the ground rules, but Bichette insisted there needs to be discretion involved.

Walker had singled with two outs off Rod Beck and Bichette then dropped a soft liner into right. As Sosa tumbled, the ball went by him and somehow got lodged under the padding.

"It's a flaw in the rules of the game," Bichette said. "We should still be playing."

"Nobody should lose on a play when the right fielder misplays the ball and the offense gets penalized. How can you lose a game like that? I might even have scored. I had a triple," Bichette said.

"Sammy did the smart thing. I would have tried to pick it up and throw somebody out."

Castilla then lined out to Sosa and Beck escaped with his 32nd save his 15th straight.

"What can I say?" asked Beck. "It got stuck. As soon as I saw Sammy dive and the ball went by him, I thought we were going to lose the game. They're probably cursing me but it's the rule."

Steve Trachsel won his fifth straight decision and Manny Alexander drove in a pair of runs.

"I've never seen that before," Trachsel said of the bizarre ninth inning. "I've seen plenty of balls lost in the ivy and anything you can think of. Luck was on our side."

And not with the Rockies.

"It's the book if the ball leaves the field or disappears," said Colorado manager Don Baylor, who questioned the call but did not argue. "It was discussed the first night in. Only in this park, balls kind of disappear."

Sosa did not homer. He went 0-for-4 and twice flied out to the fence in center field, leaving him with 42 homers.

Trachsel (11-5) hasn't lost since June 26. He allowed nine hits over seven innings, including a two-run homer by Todd Helton, his 18th of the season, that gave the Rockies a 2-0 lead in the second.

The Cub took a 3-2 lead in the fourth off John Thomson (5-8) as Jose Hernandez and Tyler Houston singled and Alexander had an RBI grounder.

When Trachsel singled to right, Alexander raced to third but was thrown out trying to score by Castilla after the ball initially bounced by the third baseman.

Trailing 2-0, the Cubs got an RBI single from Alexander in the second and a sacrifice fly from Mark Grace in the third to tie the game.

Helton doubled in the sixth and moved up on a sacrifice but was tagged out in a rundown after Kirt Manwaring bounced to short. Trachsel escaped another predicament in the seventh after two-out singles by Walker and Bichette when Castilla rolled to first.

Then came the ninth when the Rockies had another chance to tie or even win. But this time Wrigley Field helped the Cubs to another victory.