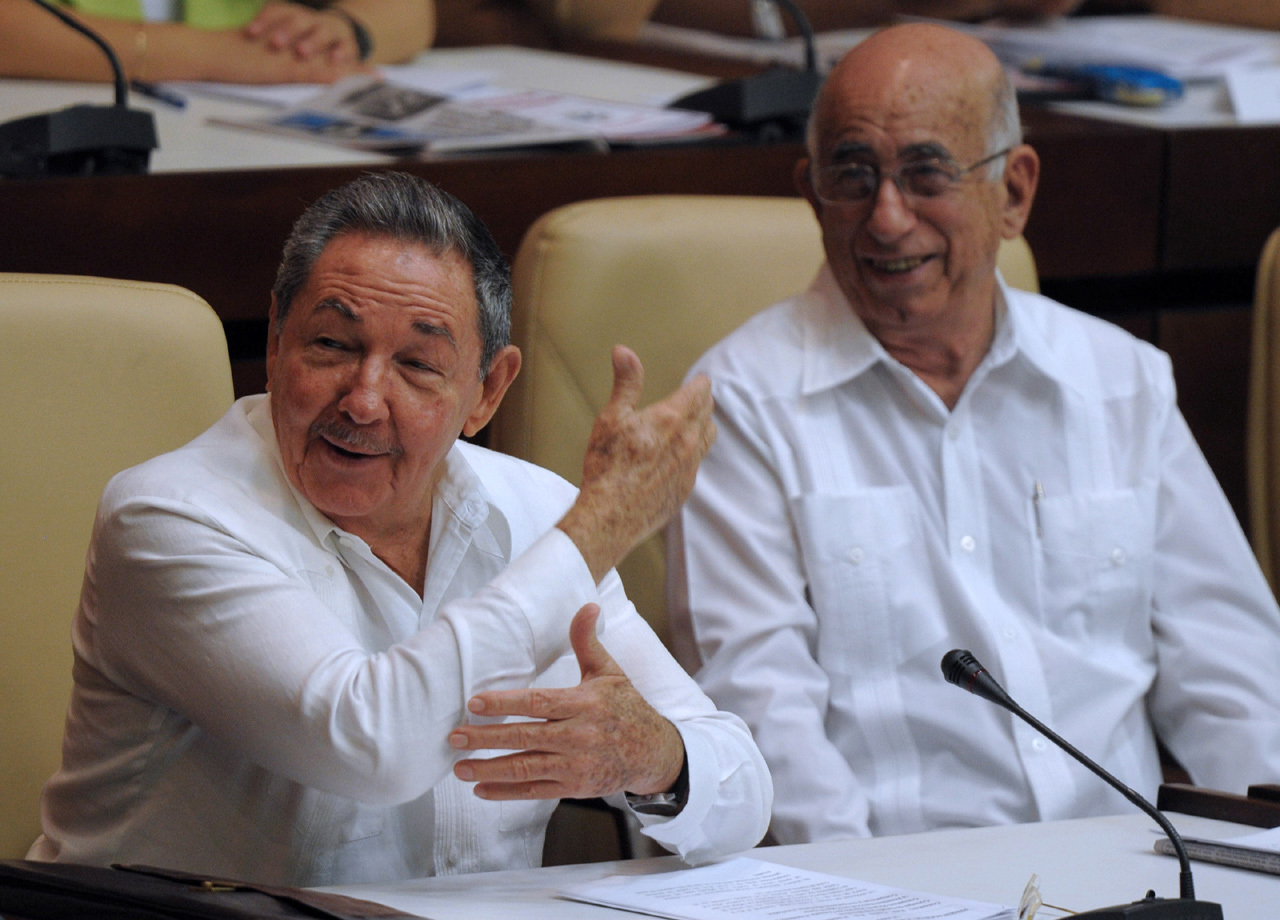 HAVANA - On the last day of Cuba's Communist Party Congress, which has already seen the approval of sweeping economic changes, Cubans learned of new leadership - and a possible successor - to the nation's 75-year-old president, Raul Castro.

Castro was named first secretary of Cuba's Communist Party on Tuesday, with his aging brother Fidel not included in the leadership for the first time since the party's creation 46 years ago.

Despite raising hopes during the gathering that a new generation of leaders was poised to take up important positions, Raul announced that Jose Ramon Machado Ventura, an 80-year-old longtime confidante, would be his No. 2.

Ramiro Valdes, a 78-year-old vice president, was named to the No. 3 spot. Several younger people were added to the 15-member leadership group, but in lesser positions.

Fidel Castro, 84, made a surprise appearance at the gathering, receiving thunderous applause from the 1,000 delegates assembled in a vast convention center in the capital, Havana.

Many of the delegates could be seen crying as the former president was helped to his place on stage by a young aide, then stood at attention next to his brother during the playing of Cuba's national anthem.

The revolutionary icon looked unsteady on his feet as he clutched the aide's arm, and at times slumped in his chair. He wore a blue track suit top over a checked shirt.

In an online blog posted this morning, Fidel Castro wrote that he will no longer be a member of the Central Committee of the Party, notes CBS News' Portia Siegelbaum.

He also recounts discussing with Raul the need to put more women and blacks on the Central Committee, noting that Raul spoke about some current members who because of their age or health could no longer contribute much but for whom removal from the Committee would be a hard blow. Fidel said he suggested to Raul that these people be kept on.

The conflict between bringing in new blood while not wanting to offend the older generation is pivotal in this Congress, said Siegelbaum, who writes that everyone was waiting to see who would be selected as Second Secretary - a possible successor figure. In the end, the 80-year-old Machado Ventura was elected.

Officials called the gathering to set a new course for Cuba's economy and rejuvenate an aging political class composed largely of octogenarians who led Cuba's 1959 revolution.

Fidel and Raul Castro have held the top two spots in the Communist Party since its creation in 1965.

In a speech opening the Congress this weekend, Raul warned that a new generation is needed to take over when the old guard is gone.

He even proposed term limits for officials, including the president — a taboo subject during the half-century in which Cuba has been ruled by either him or his brother. The goal is to create opportunities for younger politicians so they can gain experience, Raul said.

In a long opinion piece that appeared in state-run newspapers and websites Tuesday, Fidel Castro said he was all for the term-limit proposal made by Raul, despite the fact that he himself ruled the island for more than 47 years.

"I like the idea (of term limits)," Fidel wrote. "It is a subject on which I have long meditated."

The revolutionary icon said that while in power, "I must confess I was never very worried about how long I exercised the role of president ... and first secretary of the party."

The former leader also said he was glad that Raul put the names of their aging revolutionary comrades on a list of potential new party leaders, but that their inclusion was purely honorary, and that both men knew it was time to elect younger leaders — particularly women and Cubans of African descent.

Fidel said his brother had shown him his proposals days before sharing them with the Congress, an apparent effort to counter any rumors that the two men disagreed.

"He shared (the report) with me several days ago on his own initiative, just as he has with many other subjects without my asking him," Fidel wrote.

On Monday delegates approved about 300 economic proposals in a unanimous vote — including a measure that apparently recommends legalizing the buying and selling of private property.

Also on the table was a proposal to eventually eliminate the monthly ration book, which provides Cubans with a basic basket of heavily subsidized food and other goods.

"The economic policy (approved here) follows the principle that only socialism can preserve the victories of the revolution," said Marino Murillo, an ex-economy minister in charge of implementing the reforms.

Cubans were treated to a two-hour broadcast on state-run television late Monday of Communist Party committee members debating the finer details of the package of proposals, which have not yet been made public, although they are based on ideas that have been discussed extensively in recent months.

Delegates could be seen referencing subclauses by number and flipping through pages in front of them, as projectors juxtaposed close-ups of original and revised texts.

At one point, a committee discussing changes to agricultural laws voted on a small change in the wording of a sentence covering artificial insemination of livestock.

"We need to emphasize in the guideline that we should be aiding genetic development and artificial insemination," said one delegate.

"We are in agreement with the proposal," another committee member replied, before the discussion turned to ways to spur greater milk production.

The Party Congress does not have the power to enact the changes into law, but the suggestions are expected to be acted upon quickly by the National Assembly over the coming days and weeks.