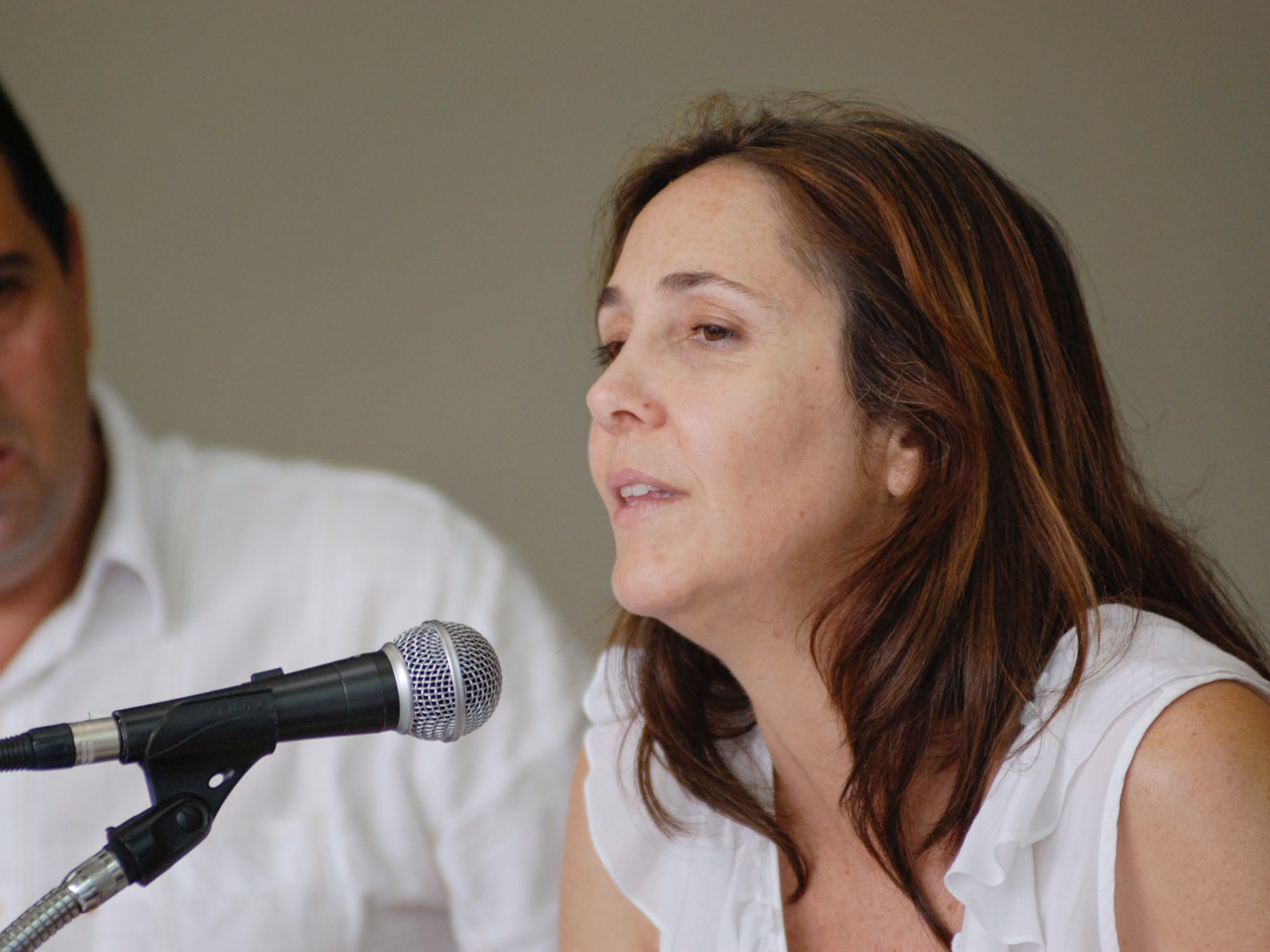 (AP) HAVANA - The daughter of Cuban President Raul Castro has been granted a U.S. visa to attend an academic conference in San Francisco and another event, one of her associates confirmed Thursday. The decision has already drawn fire from Cuban-American politicians and on anti-Castro blogs, which argue that she is an apologist for the Communist government her family has led for decades.

Mariela Castro is a noted advocate of gay rights as the head of Cuba's National Center for Sex Education, and has been pushing for the island to legalize gay marriage for years. She said recently that her father supports her efforts, despite his unwillingness to say so publically.

Castro received a visa from the U.S. State Department and will chair a panel on the politics of sexual diversity at a gathering in San Francisco next week organized by the Latin American Studies Association, an official at her institute told The Associated Press. The official spoke on condition of anonymity because she was not authorized to discuss the matter. The website of the New York Public Library says Castro is also scheduled to talk there on May 29.

The U.S. State Department declined to comment, saying rules prohibit discussion of individual visa applications. A diplomat at the U.S. Interests Section in Cuba also had no comment.

Cuban-American Sen. Robert Menendez, a New Jersey Democrat, slammed the decision on Wednesday, even before the trip was confirmed. He called Mariela Castro "a vociferous advocate of the regime and opponent of democracy." On Thursday, four other Cuban-American lawmakers added their voices to the outcry, noting that State Department guidelines prohibit visas to officers of the Communist Party or government of Cuba.

Official: Cuba ready to talk about Gross case
Cuba may lift its travel restriction soon
2 Cuban actors disappear on way to premiere. Did they defect?

"While the Cuban people struggle for freedom against increasing brutality at the hands of Castro's thugs, the Obama administration is greeting high-level agents of that murderous dictatorship with open arms," they wrote. "It is shameful that the Obama Administration would waive the common sense restrictions in place to appease the Castro dictatorship once again."

Despite the controversy, it is apparently not the first time Mariela Castro has gone to the United States. The official at her institute said Castro went to America in 2002 to receive an award for her work.

Nor is it uncommon for prominent Cubans, some with close links to the government, to receive U.S. visas. Eusebio Leal, a historian who has spearheaded the renovation of Old Havana and sits on the powerful Communist Party Central Committee, is currently on a visit to New York and Washington. Mariela Castro, despite being the daughter of Cuba's president and niece of retired revolutionary leader Fidel Castro, has no official link to the government, though her organization presumably receives state funding. It is not known whether she is a member of the Communist Party.

Washington and Havana have been locked in dispute for more than half a century, since a few months after Fidel Castro's rebels swept to power in 1959. Efforts at rapprochement following the election of President Barack Obama have fizzled, particularly since an American subcontractor working for USAID was arrested and sentenced to 15 years in prison in Cuba for bringing communications equipment onto the island illegally.