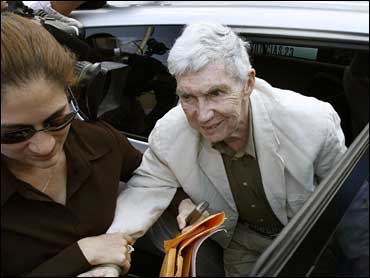 A federal judge on Tuesday threw out an indictment accusing a Cuban militant of lying to immigration authorities, saying the government manipulated Luis Posada Carriles' statement to investigators.

U.S. District Judge Kathleen Cardone said the interpretation of the April 2006 interview "is so inaccurate as to render it unreliable as evidence of defendant's actual statement."

Authorities said he confessed to sneaking across the Mexican border into Texas.

Posada's attorneys argued in their motion to dismiss the case that the interview was just a way for the government to get more information about the ongoing investigation against him.

"This is a victory for all freedom-loving Cubans in the world and a validation of the American legal system," Arturo V. Hernandez, Posada's attorney, told The Associated Press through his office in Miami.

The judge said Posada was entitled to certain rights under the U.S. Constitution.

"This Court will not set aside such rights nor overlook Government misconduct because Defendant is a political hot potato," she wrote. "This Court's concern is not politics; it is the preservation of criminal justice."

Posada, a 79-year-old former CIA operative and fierce opponent of Fidel Castro, was scheduled to stand trial next week in Texas on immigration fraud charges.

He was released last month from jail where he had been held since his May 2005 arrest. An immigration judge has ruled that Posada could not be deported to Cuba, where he was born, or Venezuela, where he is a naturalized citizen, because of fears that he could be tortured.

Cuba and Venezuela want Posada extradited for the 1976 bombing of a Cuban airliner, but the United States has refused to send him to either country. Posada has denied involvement in the bombing that killed 73 people.