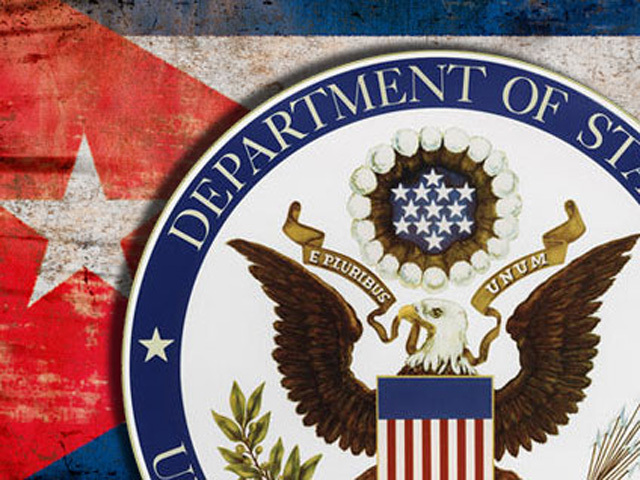 Cuba blames the U.S. embargo for nearly a trillion dollars in losses to the island's economy since it was imposed by President Kennedy in 1962.

Vice Foreign Minister Abelardo Moreno said that at current prices a conservative estimate of economic damages to the island up until December 2010 would be more than $104 billion. However, he added, if you take into consideration the extreme devaluation of the dollar against the price of gold on the international financial market during 2010, they would add up to nearly a trillion dollars.

Cuba will be presenting a resolution at the current U.N. General Assembly on the "Necessity of ending the economic, commercial and financial blockade imposed by the United States of America against Cuba."

This will be the 20th time the same resolution is put to a vote there. It has repeatedly been approved by the international community. Last year's vote was: 185 countries in favor to 2 -- the United States and Israel -- against.

Speaking to journalists in Havana, Moreno insisted the embargo violates international law and the U.N. Charter, and constitutes genocide according to the 1948 Geneva Convention on the Prevention and Punishment of the Crime of Genocide.

Yesterday President Obama authorized the continuation of the embargo for another year under the Trading with the Enemy Act, stating that it is in "the national interest of the United States" to do so.

Moreno particularly attacked the extra-territoriality of the embargo listing various fines imposed by the U.S. on third country entities such as a $500 million fine against the Dutch Bank ABN Amro last year for "having carried out unauthorized financial transactions in which Cuba or Cuban Nationals had interests."

The vice foreign minister noted that in all from March 2010 to April 2011 there were several multimillion dollar fines levied against U.S. and foreign banking institutions for having conducted operations with Cuba.

He also noted the embargo interfered with Cuba's cooperation with international agencies giving the example of how in January 2011, the U.S. Government seized over $4.2 million of funding from the Global Fund to Fight AIDS, Tuberculosis and Malaria because they were earmarked for the implementation of cooperation projects with Cuba.

The Cuban Democracy Act of 1992 further codified the original embargo into law so as to maintain sanctions on Cuba until Havana takes steps toward "democratization and greater respect for human rights." The Helms-Burton Act passed by Congress in 1996 added yet further restrictions to prevent U.S. citizens from doing business in or with Cuba.

In 1999, President Bill Clinton expanded the embargo even more by prohibiting foreign subsidiaries of U.S. companies from trading with Cuba. This led among more serious moves to the removal of Cuban-made pajamas from shelves in Wal-Mart in Canada.

Clinton did authorize the sale of certain humanitarian products to Cuba in 2000 only on a cash basis with no credit permitted.

The policy has pitted pro-embargo Cuban-American exiles against many business leaders and agricultural producers who insist trade with Cuba would benefit American farmers, port workers and others. The U.S. Rice Federation has lobbied hard in Washington believing that Cuba could once again become the largest foreign market for American grown rice, a position currently held by Mexico.

At present the U.S. State Department says the biggest obstacle to improving relations between the two countries is the imprisonment of an American aid worker Alan Gross.

Gross was arrested in December 2009 and sentenced last March to 15 years in prison for bringing illegal communications equipment into Cuba as part of a program subcontracted to his employer by USAID. The Cubans say this program and others like it are intended to overthrow throw their government.

Moreno refused at this morning's press conference to respond to a question on Gross.

Former New Mexico Governor Bill Richardson left Havana this morning after a week's efforts to see the American who is being held in a Havana military hospital. Yesterday Richardson told foreign journalists in Havana that the Cuban Government had rebuffed all his appeals.

Nevertheless, President Obama said yesterday in Washington that his administration's relaxation of the travel ban that now allows more Americans to visit Cuba on educational, religious, cultural or people-to-people group trips would remain in effect as would the loosening of restrictions on the amount and frequency with which Cubans in the U.S. could send money to relatives on the island.