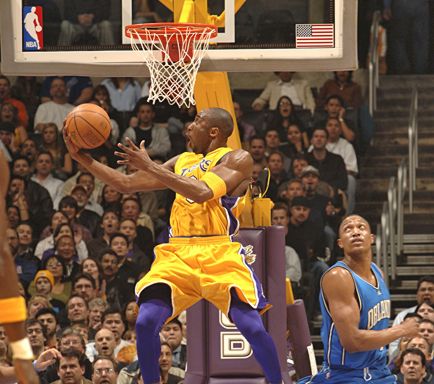 For one day, Cuba was conquered in baseball. By a group of minor leaguers from the United States, no less. By guys who've been playing together for all of two weeks.

Marcus Jensen's three-run homer sparked a five-run ninth Wednesday as the U.S. team stunned Cuba 10-5 in the pool round of the Pan American Games. It was the Americans' first victory over the world power in a major competition in 12 years.

"Right now the guys are finally understanding the importance of these games. Each one is so critical. This is the way baseball should be played on a regular basis," Jensen said after the U.S. clinched a berth in the quarterfinals of the nine-team tournament.

The victory also soothed some of the pain from an opening 7-6 loss to Canada, a game the Americans led 6-3 in the 11th inning. And it showed the United States has as good a shot as anyone to make the baseball finals here, which would secure a berth in the 2000 Olympics.

The Americans and Cubans are both 2-1 in the four-game pool series, with the quarterfinals set for Saturday. Had the U.S. team lost Wednesday, it probably would have faced Cuba again before next Monday's finals.

Now, the Americans feel good about their chances.

"When we first started, our concern was how quickly we could come together," said manager Buddy Bell, who was ejected for arguing a call in the ninth, right before Jensen sent his long blast over the right field fence.

"I very much believe this has to do with the game we had with Canada on Monday. That hurt a lot and we were disappointed. It also made us understand what we were up against. Cuba is so fundamentally sound. They were even better than what I had read and what I had seen."

The Cubans, using many of the same players, split two exhibition games with the Baltimore Orioles earlier this year. Their last loss to the United States was on July 4, 1996, 8-4 in Norfolk, Va., during a pre-Olympic tour.

But the last significant loss was in the 1987 Pan Ams at Indianapolis, a 6-4 American win in the preliminary round. Cuba went on to win the gold there, beating the Americans in the final.

"We know we can beat them and that's a big key," U.S. left fielder Dave Roberts said.

Craig Paquette broke a 3-3 tie with a two-run homer in the seventh, and it appeared the Americans were on their way to victory, just like Monday. Reliever Dan Wheeler was breezing along after replacing Brad Penny in the third inning.

But Cuba's Isacc Martin hit a wind-blown homer to left with two outs in the eighth, celebrating as he rounded the bases. The prospect of another crushing defeat faced the Americans.

But right fielder Peter Bergeron made a key play when he threw out a German Mesa at the plate after an overthrow down the right field line. tried to score from first on the play and the throw to catcher Jensen left the game tied.

"They challenged us to make a pay and we made it," Jensen said.

Paquette led off the ninth with a single and Milton Bradley bunted. Paquette was called out at second on a throw from pitcher Maels Rodriguez, even though Mesa bobbled the ball. Bell was ejected for arguing the call.

After Bell was booted, Jon Zuber walked and Jensen, who hit two home runs in a victory over Mexico on Tuesday, delivered his long shot to right field.

Run-scoring singles by Roberts and Adam Kennedy, whose double error in the second led to three Cuban runs, made it 10-5. Team USA had 19 hits.

Defections and ejections were the story elsewhere, and Olympic gold medalist Donovan Bailey finally showed at the track.

Two more Cubans -- a shooter and softball coach -- have sought asylum in Canada, according to sources close to the Cuban team. They left the delegation earlier this week, said the sources, who would not provide their names.

They were the third and fourth Cubans to seek asylum at the games. Pistol shooter Abel Juncosa Reyes asked for asylum before the games got started. Reporter Lisette Cepero of Radio Rebelde also has sought to defect.

Cuban sports federation officials repeatedly have denied anyone has defected. The Cubans have been livid about what they perceive as media attempts to "incite desertion."

Soccer turned ugly when police had to rush in to rescue referee Rich Grady, who ejected four Guatemalans and both coaches in Canada's 2-1 victory.

Several players from Guatemala rushed toward a retreating Grady following the final ejection. His assistants and several police officers formed a circle around Grady, and they waited for the field to clear before escorting him away.

Bailey, the Pan Ams poster boy who has been roundly criticized for not running in the 100 meters, ran on the opening leg of Canada's 400 relay team in Wednesday's semifinals and helped his team record the fastest time.

"I owe my teammates. I made a commitment to the Pan American Games people and the fans of Winnipeg to run the relay and that's what I did," said Bailey, the 1996 Olympic champion in the 100. "I'm not stung by the criticism."