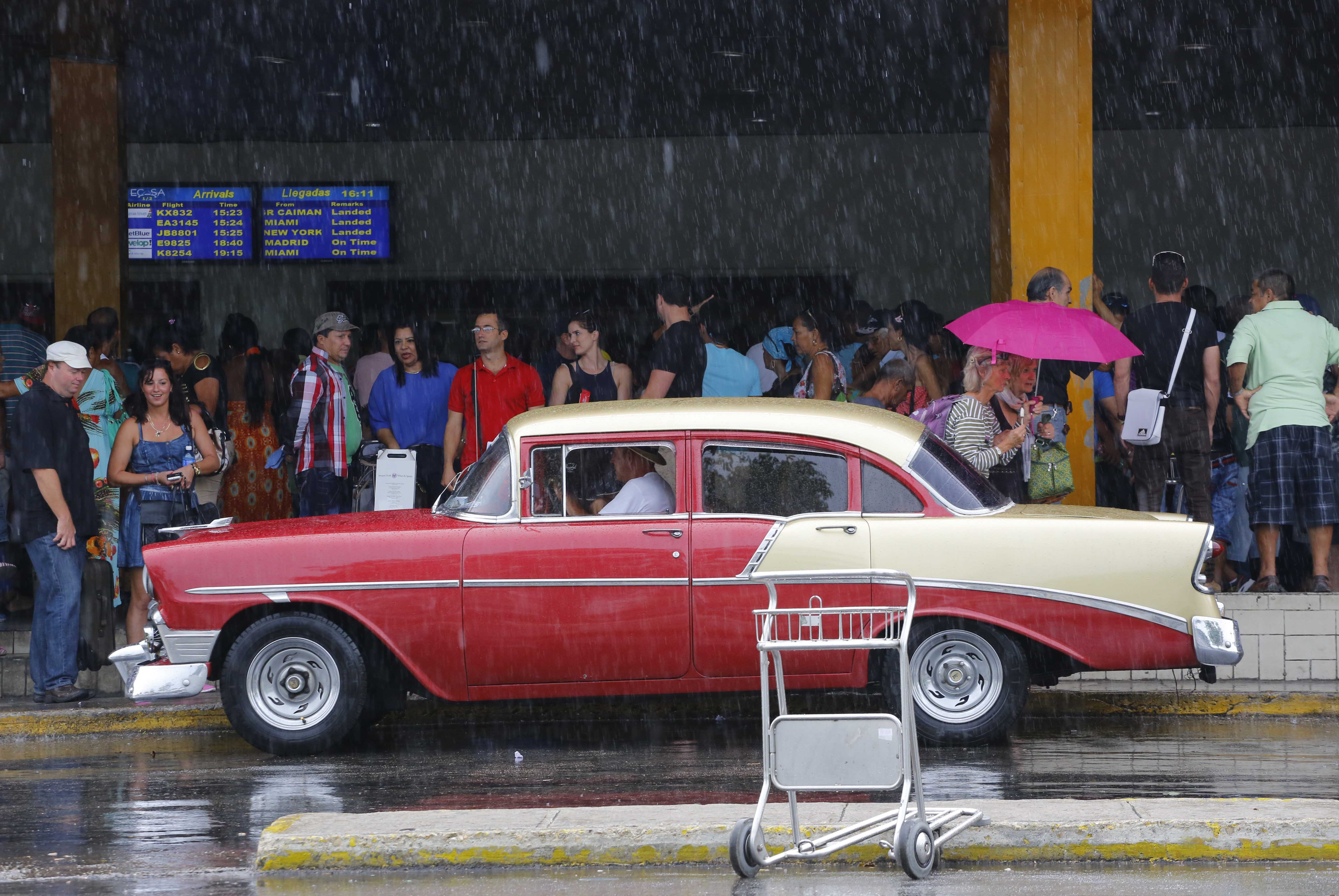 President Obama called on Congress this week to lift the decades-old trade embargo on Cuba. U.S.-Cuban relations have thawed and tourism has increased, but it's still unclear when Americans will be able to travel freely to the nation that was historically off limits, reports CBS News correspondent Ben Tracy.

The streets of Havana have always had their own rhythm. It's the flow that's changed now that they are teeming with tourists.

And now when Cubans look out their windows, the faces they see are increasingly American.

"I think most Americans are very interested in coming here," said Bette Cohen.

Bette and John Cohen came with a tour group coordinated by Boston's Museum of Fine Arts to see Havana's art and architecture.

"We bring back to Boston, 'Wow you guys have to go look at this. This is very much not to be missed,'" John Cohen added.

Janet Moore runs a travel company that has been bringing Americans here for nearly 20 years. Ironically, it's Americans worried about changes on this very un-American island. She said she hears Americans say that want to go to Cuba now "at least 20 times a day."

"I don't know what will happen when Starbucks comes, when McDonald comes," Moore said.

Cuba is just 90 miles off the Florida coast. In 2014, 91,000 Americans traveled here. Last year, that jumped 60 percent, to 150,000, and if travel restrictions are eventually lifted, as many as 1.5 million Americans are expected to land in Cuba each year. But Moore said Cuba is not ready for the influx of tourists.

"If you came to me and said, 'Janet, I need a hotel room tonight.' I'd have to say, 'I cannot get you one. There is not a hotel room to be had tonight in this city."

Prices at many hotels have doubled to more than $300 per night. The city is rushing to build enough supply to meet the new demand.

There is also a lack of trained tour guides and not nearly enough places to eat. The few private restaurants in the city - only recently allowed by the government - can be fully booked months in advance.

But for Americans, just getting here is still the biggest obstacle. If all you want is to see classic cars, hit the beach and drink daiquiris by the pool, that's still now allowed under U.S. law. But it is easier than ever to come here on so-called "people-to-people trips" that allow Americans to travel to strengthen relationships and exchange cultures with Cubans.

Plane loads of Americans arrive nearly every day on charter flights. Tourists empty by the busload into neighborhoods such as Santo Suarez, where groups can tour the street art that has transformed the once-gritty sidewalks and life for the Cubans that call it home.

"They need the dollars. They need the jobs that tourism will provide. But how do you preserve what makes Cuba Cuba and allow tourism to grow?" Moore said.

A rising class of Cuban business owners is banking on tourism growing. CBS News spoke to one restaurant owner who said he serves 300 people every day -- 250 of whom are Americans -- and is booked seven days a week, weeks in advance.

U.S. airlines are now allowed to fly directly to Cuba and plan to start doing so this year.