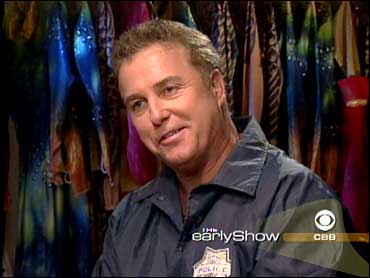 In the latest episode of the CBS drama "CSI," a rock star's son was suspected of killing his father.

But, as happens in many "CSI" episodes, the case had a strange medical twist.

In this case, the pivotal reality was a condition in which people faint at the sight of blood. a condition cited by the rock star son character.

"CSI" shows how science can clear suspects as well as catch them.

And sometimes, the scenes are so realistic, actors get sick from them.

To watch the Petersen interview, .